Difference between PC games and PlayStation 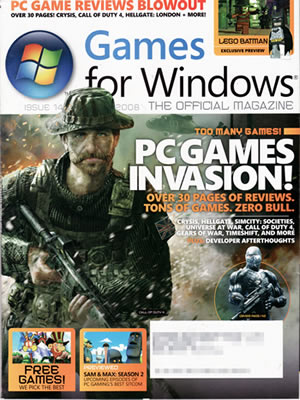 PC games (commonly referred to as computer games) are personal computer game. Generally, these are video games that are played and managed on the computer systems. These game gained popularity after the video game crash of 1983. Their defining features include a lack of centralized controlling authority and have a greater capacity in the inputs, processing, and outputs.

PC games are played on the personal computers with a standard computer interface devices such as the keyboard and mouse or joystick or the gamepad. The other features of the games are managed by changing the corresponding properties like the feedback and the sounds of the speakers and headphones. The hardware components of the PC games are same as that of a computer; but the modern computer games need high defined computer hardware components, like the fast central processing unit (CPU), which would allow the use of more complex graphics, artificial intelligence and in-game physics. Along with the CPU, a fast accessing keyboard is also required, inorder to play and access the games in speed. Computer games also rely on the third-party software such as an operating system (OS), device drivers, libraries and more to run. Earlier these games were written for MS-DOS, which would include the code to communicate directly with hardware, while in today’s era these games are designed and developed to run on the Microsoft Windows family of operating systems. Today’s games are Application Programming Interfaces (APIs), which provide an interface between the game and operating system (OS), in order to simplify the game design. PlayStation games, (officially abbreviated as PS games) are a series of video game consoles developed and produced by Sony Computer Entertainment and were introduced with the fifth and eighth generation consoles. The original PlayStation console brand was first launched on December 3, 1994 in Japan. The PlayStation consoles consists of total four home core consoles, such as the media center, online services, line of controllers, two handhelds and phone, and multiple magazines. The PlayStation games are most commonly appreciated and played commonly among the other gaming consoles.

The PlayStation games are generally played on big screens of computers and television along with the associative controllers. The PlayStation Network provides the online services to the 90 million users worldwide. The consoles consist of an online virtual market, known as the PlayStation Store and which allow the purchasing and downloading of games and various forms of multimedia. The store also provides a subscription-based online service known as the PlayStation Plus and a social gaming networking service called PlayStation Home. The PlayStation Suite is an upcoming software framework which currently supports only the Android and PlayStation Vita devices. There are in all total four consoles under the PlayStation series, each designed and developed according to the upcoming technology and users trends. These consoles are structured with different types of designs and hardware. There are controllers which are wholly responsible for managing the motion of the games. Each console is a developed version from the other one with all extra and new graphics.

Comparison between PC games and PlayStation: