Difference between Plantain and Banana

Key Difference:  Banana is a famous fruit which is derived from a high herb, popularly known as the banana tree or plant. Plantains can be considered as a variety of banana which is generally not eaten raw due to its non-sweet flavor. Both banana and plantain belong to the same family of Musaceae. Both differ in flavor, look, peel to flesh ratio, etc. 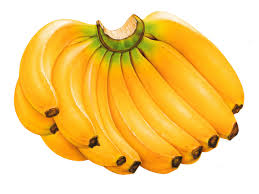 The word banana has Arabic roots and it is believed that banana originated in India and Malaysia. Banana is a fruit derived from herb plant belonging Musaceae family. The plant of banana is considered to be a herb as it does not contain pithy stem like plants. It is often wrongly considered to be a tree.

This plant of banana has very large leaves which together resemble a trunk. However, they make only an apparent trunk. Bananas fruit is yielded by this banana plant. The shape of bananas is long and they have a yellowish to greenish skin. They are produced in spikes, and bananas on a single spike are together known as a bunch. Inside the skin, the flesh of banana is lighter in color and is known for its sweetness and fragile nature. 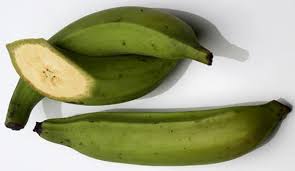 Plantains also belong to the Musaceae family like bananas. They are basically the fruit of the Musa Paradisiaca which is a kind of banana plant. Still, there are numerous differences between the two, Plantain looks like banana but are comparatively longer in length. The thickness of skin is also more than that of bananas. Bananas are generally eaten raw, whereas plantains are generally cooked and eaten raw only when they are very ripe. Due to their resemblance, plantains are also known as cooking bananas.

While cooking, plantains  tend to retain their shape, whereas bananas are not able to retain their shape and gets mushy. When the plantains start to ripe they turn somewhat yellow from green. It also loses the some of the starch and turns slightly sweet in flavor. On total ripening, its peel turns completely black.

Sugar and moisture is more in bananas than in plantains. Plantains also show a higher peel to flesh ratio than bananas.

Comparison between Plantain and Banana: