Difference between Psychologist and Psychiatrist

Most use the terms ‘psychologist’ and ‘psychiatrist’ interchangeably. This is understandable as they are both qualified individuals who provide therapy services. However, there is a significant difference between them.

Both psychologists and psychiatrists conduct psychotherapy and research, but a psychiatrist is a medical doctor, whereas a psychologist has a Ph.D. This educational background is the basic difference between the two.

A psychiatrist is a physician who specializes in psychiatry. Psychiatry is the medical specialty that deals with the study, diagnosis, treatment, and prevention, of mental disorders. These disorders include various affective, behavioral, cognitive and perceptual abnormalities. As a psychiatrist is a medical doctor, they are allowed to prescribe medicine, conduct physical examinations, order and interpret laboratory tests, and order brain imaging studies, such as CT scan or a CAT scan, an MRI or PET scanning. 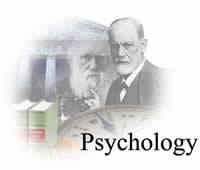