Difference between RAM and SRAM 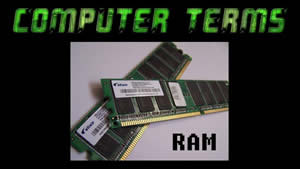 RAM stands for Random Access Memory. It is a volatile type of memory which means that it loses data when the power is disconnected. Data is carried via data input and output lines. The read and write operations take place very quickly. RAM contains data as well as process instructions only for some temporary time until CPU requires it.

It is termed as ‘random access type of memory’, as one can access any memory cell directly by having information of the row and column which intersect at that cell. It is composed of semiconductor material and is made in electronic chips. These chips are mounted in small circuit boards which get installed in the PC’s motherboard. In the form of DRAM (Dynamic Random Access Memory), it works as the main memory of a computer. 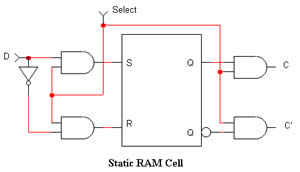 SRAM is generally formed by using CMOS technology with six transistors. Two cross coupled inverters store information just like in the case of a flip flop. Two additional transistors are required for the access control. Standby, reading and writing are three states of an SRAM-cell. The system is inherently synchronous. Internal Design of SRAM is generally complex than in comparison to DRAM. SRAM has quick access time than in comparison to DRAM. SRAM is generally used inside processors like the Pentium. SRAM’s are expensive than DRAM.

Apart from SRAM and DRAM, there are some other types of RAMS also –

Comparison between RAM and SRAM: