Difference between Right and Wrong

Key Difference: Right means following the set of rules and regulations that have been set by the governing nation which a person resides in. It can also mean a person is fair, just and accurate. Wrong is basically the opposite of right. It is everything that is against laws, ethics, morals, etc. It can also mean that a person has made an error, a miscalculation or has flawed reasoning.

Right and Wrong is a concept that has been in constant discussion since the beginning of time. There is no set way to distinguish what is right and what is wrong; something that may be right to someone can be classified as wrong to someone else. Right and wrong completely depend on morals, ethics and what is acceptable by the society. Religion has the greatest influence on defining right and wrong. 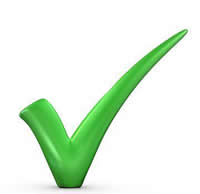 Merriam Webster defines right as, “being in accordance with what is just, good, or proper; conforming to facts or truth.” As the definition suggests, what is just, good and proper differs according to many cultures.  In some culture, marrying a girl at the age of 12 is considered as just and proper, while other cultures look down upon this act. Each culture, country, tradition comes with a different set of rules, ethics and morals that are passed down from generation to generation. To define a set of rights and wrongs, there are laws that are created by each country, which also differ from country to country.

The term ‘right’ originates from the Latin word ‘rectus’ which means “straight” or “right”  and is derived from the Old English word ‘riht’ which means “just, fair, proper, or good.” To be right or just means to follow the set of rules and regulations that have been set by the governing nation which a person resides in. Primatologists hypothesize that humans are born with moral grammar, which parents and teachers only further shape and not instill. Though this idea has not yet been proven scientifically.

Wrong is defined as, “an injurious, unfair, or unjust act: action or conduct inflicting harm without due provocation or just cause; a violation or invasion of the legal rights of another; something wrong, immoral, or unethical; especially : principles, practices, or conduct contrary to justice, goodness, equity, or law.” Wrong is basically the opposite of right. It is everything that is against laws, ethics, morals, etc.

The term ‘wrong’ is derived from Old English ‘wrang’ meaning “wrong”. Wrong can also mean a person being incorrect, inaccurate, making an error or a miscalculation. To be wrong, in comparison of right VS wrong, means to not follow the set of rules that are laid down by laws, morals or ethics. A few wrongs that have become universal are theft, murder, rape, etc. Not always does wrong have to refer to something sinful, it could also mean an error, misunderstanding, or various other definitions. Similar to right, wrong also depends on perception. Each person views right and wrong according to what they believe in.

nice response to such a contriversal subject