Difference between School and College

Key Difference: Schools and Colleges both represent educational institutions. Schools generally include primary and secondary schools, whereas college is generally referred as an institution for higher education.

To understand the difference between the two, we should always keep in account that the usage of these words may change form country to country. In United Kingdom, the school generally refers to pre-university institutions which are further segregated into pre-schools, primary schools and secondary schools. In North America, the term school may refer to any educational institution at any level like preschool, kindergarten, middle school, college, university, etc,. Thus it is very difficult to identify the differences between them, as the meanings are subjected to change depending upon the country for which the term is used for.

The word school derives from Greek word ‘schole’, originally meaning ‘leisure’ but later the meaning was perceived as ‘a group of whom lectures are given’. Schools are developed to group students at a centralized location and then provide a learning environment.  Schools are developed with the goals of providing education and teachers teach various subjects to the students. The most common definition of schools is generally referred as institutions providing the primary and secondary education to children. Schools, in some or the other forms, have been associated with human beings from ancient times. 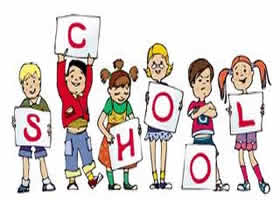 Formal schools are found in ancient Greece, India, Rome, China and many more countries. They laid the foundation of today’s schooling. Schools can be broadly divided into government and private schools. The government’s schools are funded by the government, and government takes the responsibility of the school whereas in private schools fees are collected from the students and the private organization of the school handles the management of schools.

The most important constituents of schools are its classrooms. Library, computer labs, auditorium, etc,. They are also required to provide a learning environment. The students are taught by teachers. Teachers are referred as the experts of the subjects taught by them. Generally schools define the elementary education system thus, it is very important for the teachers to provide an education that not only enhances their knowledge but also develops moral values in them. The environment of the school gives less liberties to students than compared to a college because, it is regarded that in these years students need the strict guidelines to follow. Later discipline reflects in their behavior and they become better persons. It is also said that it is easy to mold these students than students of the colleges. Schools play a vital role in a person’ life as it helps them in developing their own perspectives about things.

Colleges, on the other hand refer to institutions for higher education.  Again the term 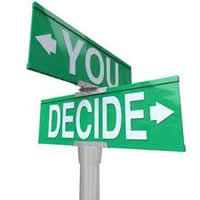 college can be confusing with respect to its usage in a particular country for ex. In UK, Australia, Canada and many nations a college may refer to a secondary or high school and in few countries like United States it formally refers to a constituent part of a university. However, in general it is used to specify an educational institution that is on a higher level than a school. In colleges, the students focus on specified subjects. In schools children are made acquainted with all basic subjects. Colleges treat students as grown up individuals, and thus, at various stages, they are given various options to choose.  They are not strictly guided as guided in schools. The lectures are given by learned professionals.

Therefore, considering the general usage of these terms we can differentiate between the two in numerous ways. For schools the attendance policies are stricter than in college. Schools keep a close track on studies and thus home work is provided to the students. As in colleges they are dealing with grown up students, thus home work is generally replaced with assignments and project work. Most of the schools may only allow school uniforms whereas colleges are bit lenient in this regard. In many of the developed countries high school is mandatory and usually free, whereas college is voluntary and very expensive. Time management is left to a student of a college whereas in schools the student’s time management is structured by teachers and school management. In schools, guidance of parents plays a vital role whereas in college a student is expected to take responsibilities and set priorities. In schools classes are continuous, whereas in college there may be hours between the lectures. In a school, teachers are always ready to guide and teachers focus to find out that which student is facing a problem, whereas in college a professor usually expects that the student, in case he faces a difficulty, will approach himself. Apart from all these dissimilarities they both aim at teaching the students and making them more learned and educated persons.