Difference between Selfie Stick and Monopod

Key Difference: A selfie stick is a type of monopod that allows users to put their cell phones or cameras on the stick and a remote allows the person to click the photo. A monopod is a pole that allows users to attach cameras, video cameras, binoculars and rifles to allow precision for shooting. 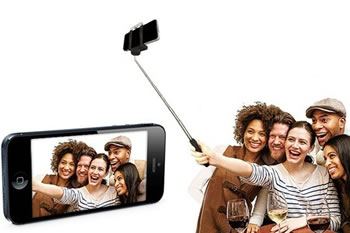 The obsession with selfies has resulted in the invention of many instruments that now aid people in taking selfies. While some people believe that these inventions are innovative, others are condemning them as tools for supporting narcissistic habits. Whichever way we look at it, it seems the trend is here to stay and hence it is better to understand things that are associated with these trends.

Selfie sticks are often confused with monopods, as they both seem very similar when it comes to appearance. However, appearances can be deceiving. Selfie sticks and monopods are used for very different purposes.

A selfie stick is a form of monopod that is modified in order to fit smartphones. The stick is a small extendable pole that can open slightly longer in order to take a photo from a distance. It has a handle on one end and a clamp on the other. It comes with a remote button or Bluetooth controls that allow the user to take a photo. Although helpful if taking photos in large groups, it has been marked as a safety hazard and banned in many places. 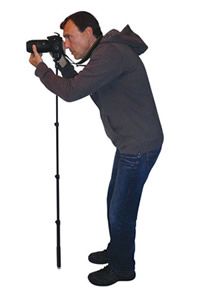 A monopod (also known as a unipod) is a pole that is used to support precision instruments such as cameras, video cameras, binoculars and rifles in the field. It provides extra support in order to steady the device. This is done when there is a lot of movement when shooting and the monopod allows more stability to the photographer/shooter to keep a better and steadier shot. It can be used by a photographer in order to take sharp pictures at slower shutter speeds, and/or with longer focal length lenses. A monopod can also be attached to a rifle for a sniper to take a steadier shot and hit the mark.

A monopod is similar to a tripod, but it only has a single leg compared to the three that can be found on a tripod. The tripod allows the camera to stand alone, while a monopod requires a person to hold the pod steady.

Comparison between Selfie Stick and Monopod: