Key difference: Xperia J was announced in October 2012 as a cheaper variant of the Xperia T, resulting in the phone sporting a similar design to the T. The Xperia J features a 4-inch scratch-resistant TFT touchscreen that offers a pixel density of 245. Sony Xperia T is Sony's first smartphone built on Qualcomm's Snapdragon S4 platform. It features a 4.55 inch screen with a resolution of 720 x 1280 pixels. It runs on a Dual-core 1.5 GHz Krait Qualcomm MSM8260A Snapdragon with 1 GB of RAM. It features Android Ice Cream Sandwich (v4.0.4) out of the box but is upgradeable to Jelly Bean (v4.1). 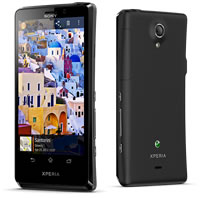 The Sony Xperia T is another model by Sony that was released in August 2012. It was one of the first few models that Sony has released after its break-up with Ericsson. It is Sony's first smartphone built on Qualcomm's Snapdragon S4 platform. It features a 4.55 inch screen with a resolution of 720 x 1280 pixels. It runs on a Dual-core 1.5 GHz Krait Qualcomm MSM8260A Snapdragon with 1 GB of RAM. It features Android Ice Cream Sandwich (v4.0.4) out of the box but is upgradeable to Jelly Bean (v4.1).

The phone also has a 13 MP primary camera with a 1.3 MP front camera. The phone is powered by a non-removable Li-Ion 1850 mAh battery. The phone also comes with pre-installed Sony apps called Walkman, and Movies. These are part of a pre-loaded software suite that allows for consuming and sharing a vast library of multimedia content.

Sony Xperia T has gotten very popular as it had been featured as James Bond's phone in the 2012 film, Skyfall. In fact, in some European countries, especially the UK, the phone is actually marketed as the Bond Phone.

The information for the detailed table about the two phones has been taken from Sony Mobile website, and GSMArena.com