Difference between SWIFT Code and RTGS

Key Difference: SWIFT code is a code that is assigned to any institution that acts as the institution’s identity in the foreign market. 'RTGS' stands for Real Time Gross Settlement. It is an online system through which the funds can be transferred from one institution to the other in real time and on ‘gross’ basis.

The acronyms SWIFT and RTGS are quite common in the banking industry, but for people that do not understand the complex web of networks that banks use to transfer money. In today’s day and age, transferring money has becoming simply about numbers, where monetary value from one account is deducted and added to the monetary value of another account. While, RTGS (Real-Time Gross Settlement) is a method of transferring money in the same country, SWIFT code is required when transferring funds to another country.

SWIFT code is a short for an even longer acronym known as SWIFT/BIC - Society for Worldwide Interbank Financial Telecommunication/ Bank Identifier Code. This code was established in 1973 in Brussels as an identifier code. This code is assigned to both financial and non-financial institutions. When assigned to a business, it may also be known as a BEI or Business Entity Identifier. The purpose of this code is to allow easy transference of money between banks, specifically from one country to another. In addition to money, the banks also communicate with each other using this code and it can sometimes be found on bank statements. 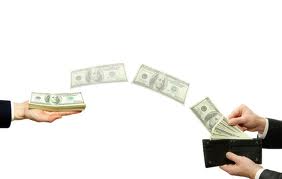