Difference between Tethering and Hotspot

Key Difference: Tethering is connected one device to another using a wire such as USB to access the internet. Hotspot is when one device is turned into a wireless router for another device that can access the first device’s internet. 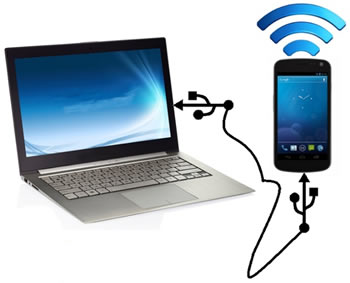 As technology increases, it demands that we are constantly connected – to each other, to strangers, to our network providers or even the internet. For this reason, they have provided multiple ways that we can be connected – two of which include Tethering and Hotspot.

There are two common ways that the internet is accessed – Wi-Fi and Data Connection. Data Connection is when you use the internet provided by the service provider using your phone network. On the other hand, Wi-Fi is a faster connection that that requires a modem or a router for you to access the internet. Another great part about the Wi-Fi is that it is wireless, which means that you do not have to be constantly connected to the router through a wire.

Let’s get into the nitty gritty of it. Tethering and Hotspot are commonly used when we require connecting to the internet, but they are different means of connection.

Tethering is defined by the American Heritage Dictionary of the English Language as “rope, chain, strap, or cord for keeping an animal within a certain radius.” Replace the animal in this scenario with your device. It means that you will require a wired connection to whatever device you are taking the internet from. 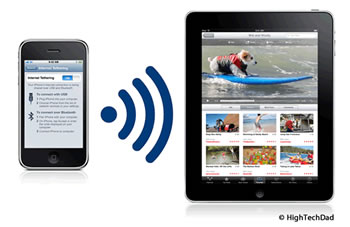 Hotspot is when you turn one device into a router to provide internet to another device. Let’s simplify with an example. Phone 1 is connected to the internet via data connection. Phone 2 wants internet. Phone 1 can modify their device and become a provider by turning on the hotspot option. Phone 2 will now be able to hitch a ride on Phone 1’s internet wirelessly.

Tethering usually uses a NAT (Network Address Translation) connection to share the internet, which means that one device must have a public IP address. While, mobile hotspots are commonly connected to internet connections that are provided by the network carrier.

Comparion between Tethering and Hotspot: