Difference between Thorium and Uranium Reactors

Key Difference: Thorium and Uranium are two different elements that can be utilized to make energy. Thorium has some significant advantages over uranium, such as having superior physical and nuclear fuel properties, while being available in more abundance on Earth, and reduced nuclear waste production during its fuel production cycle. 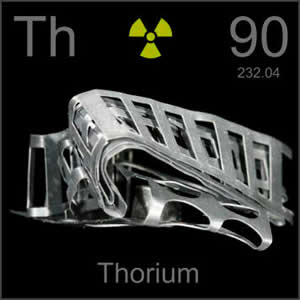 Thorium and Uranium are two different elements that can be utilized to make energy. They are an alternate source of energy to the traditional sources of energy, which include wood, water, and fossil fuels such as coal or oil.

These elements are processed in nuclear reactors, where they are bombarded with neutrons in order to cause them to split. This splitting results in a massive expulsion of energy, which can then be harnessed and converted to electricity for usage.

The primary difference between then is the manner in which they are utilized. Thorium is fertile rather than fissile, whereas uranium is both fertile and fissile. What this means is that when an isotope is fertile it is likely to absorb the neutrons that it is bombarded with in order to convert into another element, which is more likely to be fizzle. A fizzle element is one whose nucleus is likely to split into two smaller nuclei when struck by a neutron traveling at any speed. However, only a few isotopes are naturally fizzle.

Hence, while some isotopes of uranium, such as U-238 naturally fizzle, there are others that do not. However, under some circumstances, U-238 also has the tendency to not fizzle when it absorbs a neutron, but rather naturally decay into Pu-239, an isotope of Plutonium over a few days. Additionally, only about 65% of Pu-239 fizzles and releases energy, whereas the rest of the time it absorbs the neutron and converts to Pu-240, which is not really much of a nuclear fuel. Therefore, wastage and inefficiently is a serious concern when dealing with uranium.

Thorium, on the other hand, does not face this concern as it fizzles without any problems. When bombarded with nucleus, it transmutes into the isotope Uranium-233, which can then be further used to create energy. 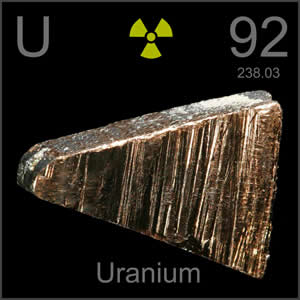 The benefit of thorium is that it is much more abundant in nature than uranium. In fact, it is about three times more abundant than uranium, making it as common as lead, while it can be said that uranium is about as common as tin or tungsten. That combined with the fact it has full energy release makes it a good alternative for fuel. However, the problem here is that thorium cannot be used directly. It required a three part process, in which the first step requires usage of both thorium and uranium

Still, thorium does have some significant advantages over uranium, such as having superior physical and nuclear fuel properties, while being available in more abundance on Earth, and reduced nuclear waste production during its fuel production cycle. However, it also has a significantly high cost of production. Yet, research and development are currently underway into how better to utilize thorium, while also making it cost effective. If successful, thorium might even become the primary source of nuclear energy, or in any case at least as popular as uranium.

Comparison between Thorium and Uranium Reactors: