Difference between Tornado Watch and Warning 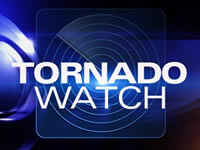 When sever weather is approaching, news casters use words like “Watch” and ‘Warning” to notify the public, however a lot of people are unaware as to what these terms actually mean. Knowing these terms is crucial as it can save lives. If people assume that “Watch” means that a tornado is approaching, it could cause them to panic, resulting it hysteria. Hence it is important to know the differences between these warnings.

A Tornado “Watch” is issued when the weather conditions are perfect for a tornado to form. It does not mean that a tornado has already formed, but that it could form. The storm prediction center in the US issues a warning stating that the conditions are favorable for forming a tornado and area where the tornado is expected to form and hit. The area during a watch is most generalized, as the tornado has not yet formed, the path it will take is not yet sure. So any area that has the favorable conditions or the storms can pass through comes under the watch. 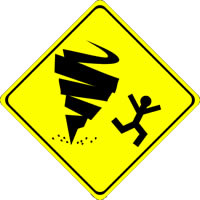 A Tornado “Warning” is issued when a tornado has been sighted or picked up on the radar. This is a more serious warning, as this means the tornado either started forming or has already touched the ground. After the tornado has already formed, things move fast and that’s what makes this warning more serious. When a tornado warning is issued, sirens may sound in the area to let people know that a tornado may be approaching. This warning lets people know they should start taking precautions against the tornado. A Tornado “Emergency” is a higher alert than Tornado “Warning”.