Difference between White and Caucasian

The terms ‘White’ and ‘Caucasian’ are widely considered as the same. However, it is only a misconception. A white person is never called a Caucasian, whereas a Caucasian can be called as white. This article differentiates between these two races. 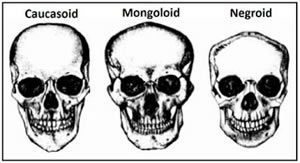 The term ‘Caucasian’ is a general physical type, used to refer to the people belonging from different parts of the world. The Caucasian race consists of North Africans, Arabs, Whites, Somalians, Ethiopians and some people of India as well. Also, this term was used in an anthropological sense, without any reference to skin tone.

The term ‘Caucasoid’ was originated in the 19th centaury. This term was used as a collective representation of people based on facial appearances. It was classified on the basis of cranial measurements, bone morphology, skin pigmentation, etc. and was considered more than just archetypes for this race. The skin color among the Caucasian ranges greatly from pale, reddish-white, olive, through to dark brown tones. Their other recognizable traits included small mouth, retreating cheekbones, thin or narrow nose, etc. Other physical characteristics included hair texture which varied from straight to curly and wavy.

The Caucasian race was considered superior to other races. Nowadays, the term is widely considered as a racial notion, and therefore it is discouraged, as it is potentially offensive. However, it is still used in certain disciplines such as anthropology, craniometry, epidemiology, forensic medicine and forensic archaeology. 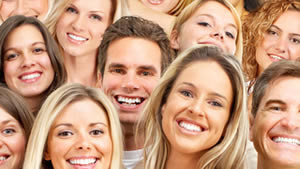 The term ‘White people’ is a set of ethnic groups, and usually functions as a color metaphor for race. The concept of ‘white race’ or ‘white people’ originated in the 17th century. The term was coined mainly to differentiate the white from the dark skinned people.

The term ‘white race’ originated in the 17th centaury, and was characterized under racial classification. Based on the red cheeks and white skin tone, the Europeans were considered as white people. It was used to distinguish the Europeans from the non- Europeans. Whiteness was therefore associated with social status; it was associated with status and wealth. However, over time this social distinction of whiteness became more associated with racial difference.

Now the term ‘white race’ is used as an ethnic category. It usually refers only to people of native British, Irish and European origin. The terms White British, White Irish, White Scottish and White Other are used. These classifications are based on individual’s self-identification, since it is recognized that ethnic identity is not an objective category.

Comparison between White and Caucasian:

Hi there to all, for the reason that I am really eager of reading this

Hi there to all, for the reason that I am really eager of

reading this weblog's post to be updated daily. It contains fastidious material.