Difference between Xenophobia and Racism

Key Difference: Xenophobia is the fear of the different and the hesitance of accepting the unknown, while racist is a downright rejection of someone that is different from you in terms of race, color, ethnicity, etc.

Xenophobia and Racism are two terms that are similar in nature and hence are considered to interchangeable, though this is not true. These words have two different meanings and are used in two very different situations. The continuous advancement of the world has seen a rise of racism and xenophobia feelings, which in many cases have also produced violent results.

The original term “Xenophobia” is used to describe the fear and dislike of people that are foreign or from other countries. Merriam Webster defines the word as, “fear and hatred of strangers or foreigners or of anything that is strange or foreign.” The term is derived from the Greek words ‘xenos’ meaning ‘stranger’ or ‘foreigner’ and ‘phobos’ meaning ‘fear.’ It is believed that xenophobia arises from irrationality or unreason. In layman terms, Xenophobia is the free of anything different from what one knows or follows. It is the fear of accepting something different that could change someone’s attitude.

Xenophobia can manifest itself in two forms, fear against a specific population group that is present in society and alien cultures. The first form of xenophobia targets people that live in a society; these people could differ in race, ethnicity, culture, politics and religion. This form is most commonly seen being done against immigrants. Immigrants that reside in places such as United States are being discriminated against due to being different. The second form refers to targeting the acceptance of different cultural values to your own. The most common form of this is the ban on Valentine’s Day in many traditional cultural countries such as India, Malaysia, Pakistan, etc. They claim this as westernization and destruction of their own set of cultural values by accepting modernization of different cultures. 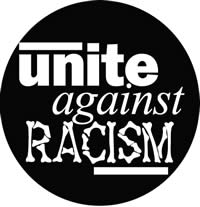 The term “Racism” was originally used to differentiate and group together people who performed the same actions, practices, or beliefs. It was to separate biological entities into different “races.” Members of the same race would share a set of characteristic traits, abilities, or qualities, that traits of personality, intellect, morality, and other cultural behavioral characteristics are inherited. This term is now defined as the characteristics that are being inherited by the people of a race that makes them superior or inferior to other races.

Racism is defined as, “a belief that race is the primary determinant of human traits and capacities and that racial differences produce an inherent superiority of a particular race.” The exact definition of this term is controversial because there is little agreement between scholars about the meaning of "race", and because there is also little agreement about what constitutes as racism. Some define racism as, if a person’s behavior or ability is characterized by his race, it counts as racism. Others define it as if a person discriminates against another based on race, he counts as a racist. There is no distinct definition for the term and hence what can be counted as racism is not set. The lines that are between “what is” and ‘what isn’t” racist behavior have been blurred.

The term "racism" is most commonly used to refer back to the times of slavery, as the most common and obvious example of racism. The slaves, who were mostly "blacks," i.e. Africans were assumed to be inferior to the “whites”. This sentiment continued even after slavery ended and the "blacks" were still commonly discriminated against. They were separated from the whites in terms of schooling, transportation, public bathrooms and public drinking fountains. However, the term “racism” was made prominent in usage in the 1930s due to the rise of Nazi Germany, which held the idea of race as one ot it core beliefs. The Nazi Germany perpetuated the Holocaust against the Jews, amongst others, as they believed the white Aryan race was superior to all.

In a nutshell, xenophobia is the fear of the different and the hesitance of accepting the unknown, while racist is a downright rejection of someone that is different from you in terms of race, color, ethnicity, etc. Xenophobia can be dealt with as a person who may learn and understand the unknown can learn to also accept it but a racist has firm set beliefs that the other person is inferior is cannot be changed so easily. Racism can also be considered as part of xenophobia as certain racist feelings arise from not knowing the culture and the person.

Thank You for pointing this out. It has been edited.

So (1) Xenophobia: Irrational fear, suspicion, hatred... Target: persons from "other" countries. (2) Racism: Superiority complex, hatred, discrimination, despising, disparaging... Target: persons of "other" races. [Now, what about the belief that your own race is inferior to other races? (As when you have been brainwashed over generations?)]