Difference between Zero and Nothing

Key Difference: Zero has a numerical value of ‘0’ and is an integer that immediately precedes 1. Nothing is the absence of something or a void. Nothing is also associated with the idea of nothingness, where nothing exists; it is a state of non-being or non-existence.

Nothing and zero have been under constant debate, with some stating that both of these are similar, as zero amounts to nothing. However, many argue against this theory stating there are vast differences between zero and nothing. Scientifically and mathematically, it has been proven that zero and nothing are different terms and should be used as such. 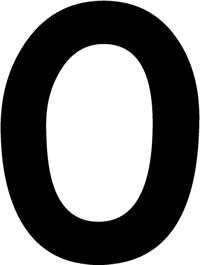 Zero has a numerical value of ‘0’. During the ancient times, mathematics did not include the number 0, their number system started from 1. The early Egyptians had a unary system or an additive system, in which they used repetition of one symbol to represent any number. For example, two was two of one’s symbols, and three would be three symbols of 1, etc. However, after 10 it was getting too confusing having to count it all out, which is why they created a new symbol for 10, 100, 1000, etc. So it would go something like this, 1 (one), 11 (two), 111 (three)… 10 (ten), 101 (eleven), 1011 (twelve)… 1010 (twenty). This system is similar to the Roman Numerals that are still in existence.

The Babylonian mathematicians were the first to add a space in order to fill the lack of a positional value. By 300 BC, a punctuation symbol (two slanted wedges) was opted as a placeholder in the same Babylonian system. The concept of zero first founded in India during the 5th century BC. The Indian scholar Pingala used the Sanskrit word śūnya to refer to zero or void. It was depicted by a circle, which has become known as 0.

Zero has a numerical value of ‘0’ and is an integer that immediately precedes 1. It is an even number as it divisible by 2 and is neither positive nor negative. Zero is a number which quantifies a count or an amount of null size. Zero, if following a number increases the number’s value by ten times, i.e. 2, 20, 200, etc. The word ‘zero’ is derived from French ‘zéro’ from Venetian ‘zero’, which is acquired from Italian ‘zefiro’, from the Arabic ‘ṣafira’ (meaning “void or nothing”) which has been adapted from the Sanskrit ‘shunya’ meaning “empty.” 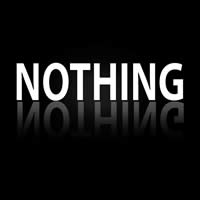 Dictionary.com defines the word ‘nothing’ as:

According to this definition nothing is the absence of something or a void. Nothing is also associated with the idea of nothingness, where nothing exists; it is a state of non-being or non-existence.  This differs from ‘0’ in many cases, as even with ‘0’, something does exists, while in ‘nothing’, nothing exists.

In case of Set A, it has a total of six values, from 0 to 5, with 0 being counted as one element. The second set has nothing in it and is considered as a null set or a set having no value. Now, set C, even though zero does not have a value, it is still considered as an element in this case and the set has a value.

Zero is also considered as having something as it can provide value to a number in the above case of 2, 20, 200, which is not possible with nothing. Zero also has its own set of rules and can be used in addition, subtraction, multiplication and division (for example, 2+0 = 2). However, nothing cannot be added or subtracted from any number, giving it no value. The value of zero is also shown in any number raised to power of 0 has a value of 1. (n^0=1). Zero also plays in important part in the programming language that is used by computers these days. The binary system is completely made up of 0s and 1s, which is the primary language used to program computer systems.