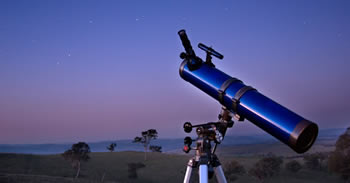 Telescopes are wondrous technology that allow humans to gaze upon the marvels of the universe. What’s even more surprising is that this technology in not a recent discovery, in fact it is not even from this century. The first telescopes were created in the 17th century using glass lenses. However, the technology has greatly improved over that time. Today’s telescopes are able to see distant stars and galaxies, the existence of which could not have been even imagined in the 17th century.

There are currently four main types of telescopes:

The Refracting Telescope or Refractor

The refracting telescope is a type of optical telescope. It allows the astronomer to view the universe by gathering light and focusing it through a lens or a series of lenses to create an image. The lenses make the view larger so that the details may be discerned.  It also make the images brighter by manipulating the light. This the oldest type of telescope, and thus the progenitor that made all subsequent technologies possible.

The Reflecting Telescope or Reflector 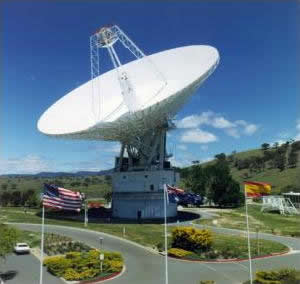 As their name suggests, x-ray telescopes uses x-rays to create an images, whereas a gamma-ray telescope utilizes gamma rays. However, x-ray telescopes are best used to study suns, stars and supernovas, as they give off plenty of x-rays. Whereas, Gamma ray telescopes detect bursts of gamma rays and help confirm the occurrence of events in outer space like supernovas, pulsars and black holes. Both x-ray and gamma-ray telescopes are best used at higher altitudes so that they can read the rays and create an image, and not worry about earth’s pollution interfering with the rays and distorting the images it would create. Additionally, the atmosphere on higher altitudes is thinner, which also reduces the chances of interference.