Difference Between Agora and Forum

Key Difference: An agora is an open air ground that is located in a central location, such as the center of a bustling city or the center of an important crossroads. A forum is the Roman name for agora and also serves a similar purpose. These are public squares or areas in a Roman city or state that were used as marketplaces. 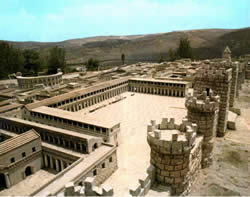 Agora and Forum are two public places that are a part of the Greek and the Roman culture, respectively. The agora and the forum, both refer to a central common public place that was used for meetings and public discussions. These places played a crucial part of the society, where people could meet, protest, shop and share ideas and theories. These two words are quite similar and have the same meaning. These both refer to an open public place that allowed people to come together as a whole and discusses various issues and share ideas. Agoras and Forums are actually still widely used all over the world; these are just renamed as plaza, piazza or town squares. These areas have very similar functions and are used the purpose of social gatherings.

An agora is an open air ground that is located in a central location, such as the center of a bustling city or the center of an important crossroads. The term ‘agora’ means ‘gathering place’ or ‘place of assembly’. This ground was the center of athletic, artistic, spiritual and political life of the city. The ground would serve as a marketplace, place for gathering during military demonstrations, celebrations, military duty and hearing statements from the ruling king or council. The Ancient Agora of Athens is also considered to the birth place of democracy. Many prominent agoras also served political purposes such as meeting with embassies, councilmen and enacting laws, and also dealing with the defenses of the country. Major decisions were taken there and they were also announced at agoras. 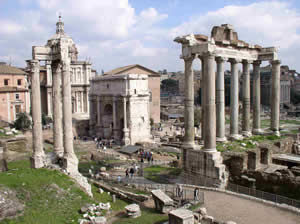 A forum is the Roman name for agora and also serves a similar purpose. These are public squares or areas in a Roman city or state that were used as marketplaces. In addition to an open ground with stalls, the forum would also be surrounded by buildings and shops. Some forums were constructed in remote locations, such as on the side of the road, which later developed into cities. These forums offered the people a place to gather and share ideas, discuss political issues, debates, rendezvous, and meetings. During many occasions, it would also serve as entertainment ground for holding plays or concerts. The forum would allow the people to also hold protests and exercise their first amendment rights.

Agoras and forums are important aspects of the society that allow people to come together and become one as a community. The agoras and the forums ensured that people would have a place to gather, meet, share and create. Though, the meaning of both these public places have strayed from their original purpose, city squares and town squares are still sometimes used to hold celebrations or gather for protesting. The word forum has also been adapted online as an online community, where people can come together, share and discuss ideas as well as ask advice from the other community members.