Difference between Archaeologist and Geologist

Key Difference: Archaeologists basically study about the human society, primarily through the recovery and analysis of the material which they have left behind. Geologist basically deals with the study about the history of the Earth. 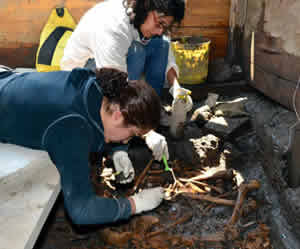 Archaeologists mainly study about the human past and present, through the materials which humans have left behind. The materials are those that humans used, made, or modified. The term is derived from the Greek word archaiologia, where archaio means “ancient” and logos means “science” and “study”. Archaeology is the science which deals with the study of ancient times. They analyze skeletal remains and artifacts, such as tools, pottery, cave paintings, and ruins of buildings. It provides an insight of the ancient times by analyzing the remained materials belonging to that time. It aims to preserve the history for present and future learning. In simple terms, an archaeologist deals with the field work that might consist of digging up and restoring artifacts, or human-made objects from ancient ruins. 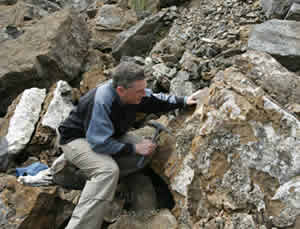 Geologists are basically scientists who study the solid and liquid materials of the Earth. It is a broad term in science used for the studying of soils, minerals, rocks and other features and processes of soils. They are more occupied in examination for mining companies in search of metals, oils, and other Earth resources. However, they are also engaged in the study of natural hazards and disasters like earthquakes, volcanic activity, tsunamis, etc. Geologists work to understand the history of our planet. The better they can understand Earth’s history, the better they can foresee how events and procedures of the past might influence the future.

Comparison between Archaeologist and Geologist: