Difference between Cloud and Server

Key Difference: Cloud refers to a pool of configurable computing resources like networks, servers, storage, applications and services that provides an on-demand access to these resources. The term is widely used in context of new architecture of networked systems that works as an on-demand model. A server can be referred to as a dedicated computer that provides services for one or more purposes. Servers are assigned heavy-duty back end tasks. 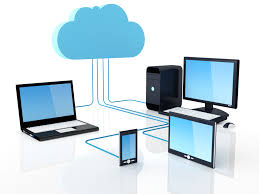 Cloud refers to a pool of configurable computing resources like networks, servers, storage, applications and services that provides an on-demand access to these resources. These servers are associated with various types of services that are provided through the internet. Thus, the term cloud is also considered as a metaphor for the 'internet'. Cloud scales according to demand, which means that the user only needs to pay for specific services that he requires. High performance of computing power is achieved by this cloud model. Cloud computing services are offered by various companies like IBM and Infosys. 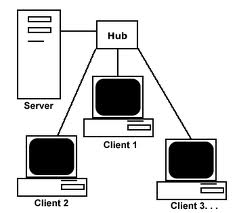 Servers can be described as dedicated computers that provide services to other computers. The services depend upon the need or requirement. Servers are assigned some important tasks that are needed to be done in the backend. However, the dependency on these back end processes is quite high. One can differentiate servers from the normal computers as these servers consist of systems of disks. Generally, the desktops have a single hard drive, whereas in a server, various hard drives are configured to serve important purposes. All these disks appear to be a single disk to the user.

Comparison between Cloud and Server: