Difference between Coffee and Cappuccino

Key Difference: Coffee is actually any brewed drink made from the coffee beans, which are acquired from the Coffea plant. Cappuccino is drink made using the brewed liquid from coffee beans with milk and milk froth. Coffee and cappuccino are not so different after all as cappuccino is simply a type of coffee. 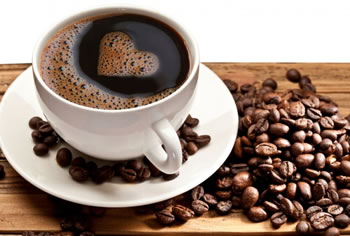 A coffee shop board is covered with so many types of coffee, even to stun an avid coffee drinker. Coffee is no longer limited to the black coffee with crème that is served, there are now options such as latte, expresso, cappuccino, Frappuccino and so many other flavors. So, what is the difference between coffee and cappuccino?

Coffee is actually any brewed drink made from the coffee beans, which are acquired from the Coffea plant. The beans are actually green in color and no the brown ones that can be found in coffee shops and coffee cans. The people who acquire these beans and ready them for packing and shipping or selling roast these beans to varying degree to produce an aroma and a flavor.

The two most commonly grown are the highly regarded arabica, and the less sophisticated but stronger. The process of producing the beans and the roasting gives each coffee its individual flavor. The roasted beans are then grounded and sold to the coffee shops. The instant beans are made differently from the brewed liquid.

This brewed brown liquid is actually coffee or now sold as expresso. Any drink that is made from using the brewed liquid is still considered as coffee. Hence, all of the fancy worded drinks that one can find in a coffee shop (not smoothies or shakes) are also coffee. 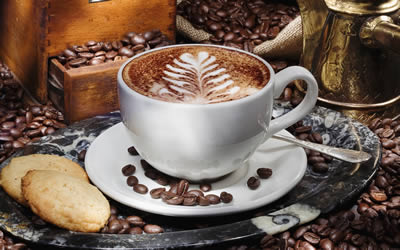 Cappuccino is drink made using the brewed liquid from coffee beans with milk and milk froth. The Italian drink is actually named after the Capuchin monks because of the color of their habit is similar to the color of the drink after it is made.

Cappuccino is made using a machine that has fine roasted beans that are pressed into a small ‘puck’ sized shape. Hot water, not boiling, is then passed through this puck under pressure. The liquid is passed through a filter that lets only the solution and no grains of beans. The liquid attained is known as black coffee or expresso. Expresso is served black and no milk or cream is poured into it. If it is, it is no longer known as expresso.

For cappuccino, another aspect of the machine is the milk wand. For this cold milk is placed underneath the wand, which then steams the milk and following a good swirl can also produce milk froth. A lot of people use cream to produce a thicker froth, but froth can also be produced using milk or rather skim milk. According to the website TheCoffeeBrewers, “For frothing, the milk is converted to a "microfoam." The microbubbles in the foam are formed by forcing hot air into the tightly-knit "fabric" created by the protein molecules in milk.”

In short, coffee and cappuccino are not so different after all as cappuccino is simply a type of coffee.

Comparison between Coffee and Cappuccino: