Difference between Corn and Popcorn

Key Difference: Corn primarily means maize which is used among North Americans. Corn is harvested when the kernels are at their peak tenderness. Popcorn kernels are differentiated by a hard shell at the upper part that is very soft with a starchy center.
See the difference Corn Vs. Sweet Corn. 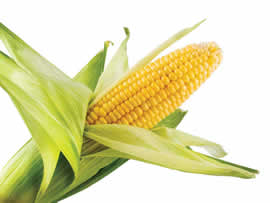 Corn, also known as maize, is used among North Americans. It was derived from the Germanic word ‘kurnam’. The word has traditionally been used to denote the primary grain crop in a specified area. When Europeans were introduced to maize, they called it as ‘corn’. The usage of this term is more for Indian corn. The corns are far more productive than other cereal crops. Corn grows in ears, tight clusters of kernels around a central core or cob that is covered in a leafy husk. Corn is mais in Spanish, mais in French, mais in Italian, and mais in German. The pattern is developing in many countries. It is believed that corn is more preferred to be used for food products such as corn flour, corn meal, corn syrup, corn oil, etc. See the difference Corn Vs. Baby Corn. 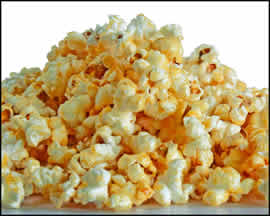 Popcorn kernels are the hard shell, but at the upper part, it is very soft with a starchy center. The white layer appears when the kernels blow up and turn inside out. The corn itself cannot pop because they are non-porous. So, when they are heated the steam creates enough pressure that the kernels blow up. The popcorns are not harvested like regular corns. They are harvested when the plants turn brown. Popcorn fans are mainly seen in cinema halls or malls.
Also see the difference between oat and wheat.

Difference between Corn and Popcorn: