Difference between Genome and DNA

Key Difference: Genome is the genetic material of an organism. The genome is coded in DNA, or in RNA for many types of viruses. DNA stands for deoxyribonucleic acid. It is a nucleic acid made up of molecules that encode the genetic instructions. 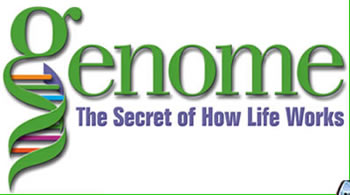 Science is hard and confusing. This of course is not helped by the fact that the science is constantly evolving and coming up with new ideas and theories. Human biology is even more confusing, such as Genome and DNA. What is the actual difference?

In the most basic terms, genome is the genetic material of an organism. It is what tells the organism what to be and how to be. The genome is coded in DNA, or in RNA for many types of viruses. The term, genome, was coined in the 1920, as a portmanteau of gene and chromosome. This is because it includes the chromosome, as well as the non-coding parts of DNA.

The genome incorporates a full set of chromosomes. A chromosome carries the genetic information for each cell. Each chromosome contains many genes, which are in turn made up to DNA and protein combined as chromatin.

DNA stands for deoxyribonucleic acid. It is a nucleic acid made up of molecules that encode the genetic instructions. The DNA of all humans is nearly identical. In fact, it is about 99.99% identical; the 0.01% difference is what results is the differences between two different human beings. As a matter of fact, more than 98% of human DNA is non-coding, which means that those sections do not serve a function of encoding proteins. 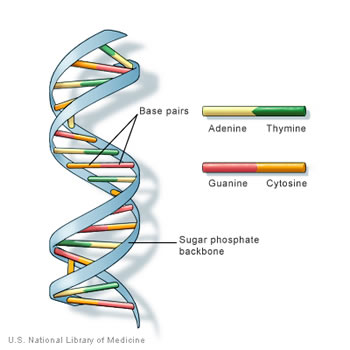 The DNA molecules consist of two biopolymer strands coiled around each other to form a double helix. These strands are composed of a nitrogen-containing nucleobase, either guanine (G), adenine (A), thymine (T), or cytosine (C), as well as a monosaccharide sugar called deoxyribose and a phosphate group.

A section of encoded DNA is called a gene. Various genes together form the chromosome. The genes, chromosome, as well as other non-coding parts of DNA are together called the genome. Hence, it can be said that DNA is a building block of genome.

An analogy to understand the difference between genome and DNA is to compare a genome to a book. If a genome is a book, then it is made up of 23 chapters called chromosomes. These chapters (chromosomes) are written in paragraphs (genes). The entire thing is written is letters or alphabets, which is the DNA.

Comparison between Genome and DNA: