Difference between Cyberspace and Internet

Key Difference: Internet is a network of networks, what that means is that it is a global network that is creating by linking smaller networks of computers and servers. Cyberspace is nothing more than a symbolic and figurative space that exists within the scope of internet. 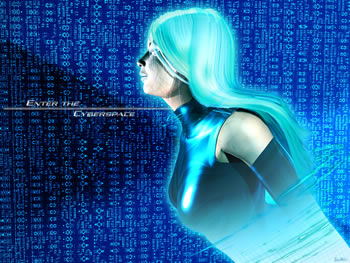 There is a lot of confusion between the usage of the terms, Cyberspace and Internet. Many people think that the words mean the space, while others think that they mean two completely different things within the field of technology. The truth of the matter is that it is something in the middle. The terms do mean two different things, but the confusion arises due to the fact that these things are closely interrelated, due of which they are often mistakenly used interchangeably.

The term cyberspace has led to the introduction of other words, such as cyber security, cybercrime, cyberwar, cyberterrorism, etc. Cyberspace itself comes from "cybernetics," which in turn is derived from the Ancient Greek “kybernētēs”, which means ‘steersman, governor, pilot, or rudder’.

The term cyberspace came into being in regard to managing physical spaces. However, with the onset of the internet, the term has been applied to the virtual space that is created within the internet. Cyberspace is nothing more than a symbolic and figurative space that exists within the scope of internet. It can be said that anything that is done via the use of internet, occurs within the confines of the cyberspace, whether that is sending an e-mail, a website, or playing a game, all of these things exist within the cyberspace. 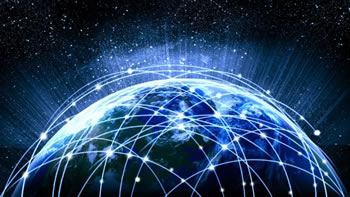 Internet, on the other hand, is a network of networks, what that means is that it is a global network that is creating by linking smaller networks of computers and servers. This network allows users to share information and other data from one point to another. The data can be in the form of text, image, or video.

The terms might be easier to explain the terms via the use of an example. Think of a book. The book itself is akin to the internet. It is a way for the information, i.e. story or text, to be conveyed from the author to the reader, similar to how the internet transfers data between two computers (or server and a computer). Now the reader reads the story and imagines it in their mind as a virtual reality that is playing out the story via the characters and dialogues. This virtual reality is the cyberspace. It is how the reader or the user imagines the information that is transferred via the internet/book.

Comparison between Cyberspace and Internet: