Difference between Device and Instrument

Key Difference: Devices and Instruments can be classified in many different ways, but they are somewhat similar. A Device is something made for a purpose, usually a tool or an instrument. An Instrument is a tool, especially used for delicate scientific work or medical work.

According to Dictionary.com, ‘Device’ is:

The word ‘device’ was originated in the 13th century, in the mid of 1375-1425 from the Old French word devis, that means purpose. Device is something made for an aim or a purpose, usually a tool or an instrument. It may refer to technology or music. There are thousands of devices. It is a most versatile word, used in the organization or company. It is used for doing exact work. It is work where result will be possible only with human effort.

Examples using the word device in a sentence:

According to Dictionary.com, ‘Instrument’ is: 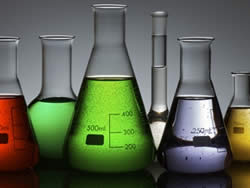 Basically, instruments are the devices used to measure, record or identify the terms individually. Instrument is something from where a specific result can be obtained.

Instruments can also be referred to in various terms, such as Instrument film or instrument application. There are many different types of scientific and technology, or music instruments, intended more for specific work than mechanical work. It includes devices like electronic or scientific, medical, vehicle, laboratory, weather and measurement.

Examples using instrument in a sentence: