Difference between Donation and Charity

Key Difference: Donation is the object that is being given such as blood, money, toys, clothes, etc. Charity is the act of giving the items to someone that may need it. 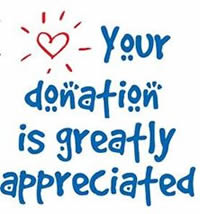 The terms donation and charity are quite confusing as they seem very similar. These two terms are interrelated making it difficult to understand if they are the same or different. In many instances, these words have been used interchangeably, and although it is not wrong, the words have slight differences.

A donation is something that is given to the needy, the poor or any form of institution that may or may not be doing charity work. Charity is considered as the act of giving a donation to the poor, needy. Confused? Let’s simplify. Donation is the object that is being given such as blood, money, toys, clothes, etc. Charity is the act of giving the items to someone that may need it.

Donation can also be considered as a gift or a contribution that is made to someone that may or may not be poor. For example: when a person donates money to the Cancer research institute, it isn’t necessarily going to the poor and the needy, rather it is being used to fund research that is looking for a way to cure cancer or make advancements in cancer research.

Charity is most commonly referred to when donating things to the needy, poor such as money. For example: giving clothes and shoes to people that may not have any or have a hard time purchasing them are considered as charitable work. The term charity has also become a noun and is used to refer to institutions or entities that conduct charitable work. The Free Dictionary defines ‘charity’ as: