Key Difference: There are many types of printers primarily differentiated on the basis of working technology behind them. However, they are broadly classified into impact and non-impact printers.

Printers are electromechanical devices which are used as an output device. It is used for printing text or images on paper. It works as the external peripheral device and is connected to the source of data like tablet and desktop via a cable or in a wireless set up. Broadly printers are divided into two broad categories – impact and non-impact. Impact printers are those printers in which the text and image impression s made by tiny wire pins of print head strike at the ink ribbon physically making a contact with the paper. In non-impact printers, no such striking takes place.

Printers can be divided into these categories –

Dot Matrix – This printer falls into the category of impact printers which uses striking pins. In these printers closely spaced dots gets printed on the paper and generate the desired appropriate space. They do not provide a high quality print. Speed in these printers may vary from 50 to 500cps. Due to noise created by them they are not admired by many. However they can be used for creating multiple copies of a page by using multipart forms.

Daisy Wheel Printer – It is another type of impact printer which makes use of a disk of plastic or metal on which character are laid out at the outer edge. The printer rotates the disk to get the desired latter. The hammer strikes the disk and force it to hit the ink ribbon, and then it strikes to the paper, leaving behind the impression of that particle desired character. These printers are not capable of printing graphics. 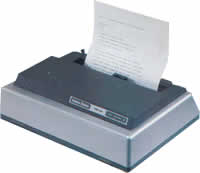 Line Printer – This is similar to a daisy wheel printer. However, these printers can print a single line at one time.  It makes use of a buffer memory which keeps the information of the line to be printed. Then these lines get printed on the paper at rates ranging from 500 to 3000 lines per minute. These are also very noisy printers. These types of printers are not used these days and therefore are considered obsolete now. 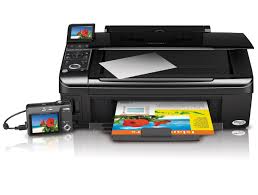 Inkjet Printer – It is a non-impact printer. Non-impact printers are preferred over impact printers for various reasons. These are less noisy that the impact ones.  It makes use of the electrically charged or heated ink which is sprayed on to the paper creating the desired shapes. They make use of color cartridges for printing in different colors. It can make up to 200 cps. This option is good for achieving a good quality print and for getting an inexpensive colored printing. 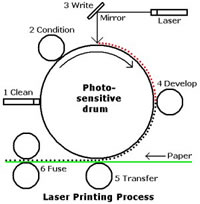 Laser Printer – It makes use of a dry powdered ink and a laser beam for creating a fine dot matrix pater. 5 pages can be generated in a single minute by using this method of printing. This laser technology incorporated in printers gets printing done quickly and also helps when printing needs to be done in large quantity. It was first developed by Gary Starkweather at Xerox Park and got released in 1971. 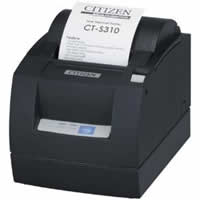 Thermal Printer –These printers are generally used in businesses or stores. They work in either of these ways – Traditionally, it used a special type of heat sensitive paper. Heat is generated which reacts with the heat sensitive paper and the pigments transfer the image to the sheet with the help of thermal print head. In newer machines, ribbon printer cartridges with a waxy material are stored. Heating melts the waxy substance and gets the print on to the paper. These are generally not very expensive and are quiet easy to use. 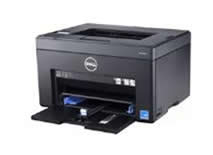 LCD and LED – These printers work similar to the laser printer.  However, they make use of the liquid crystals or light emitting diodes in order to get the prints.  They make use of the Xerographic printing process. Many times they are also kept in the same category as laser printers. Still, they do not use laser beam like laser printer for transferring the electrostack image to the photoreceptor. 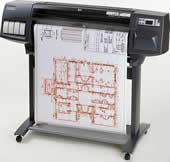 Plotters – These large scale printers are known for their efficiency for reproducing line drawings. These are mainly used in the engineering drawings or architectural blueprints.  However, it can also be kept in a separate category form printer, still mostly it is defined as a type of printer. The one main point of difference is that it draws line by using a pen. These various combinations of lines are different from closely spaced dots produces by some printers. There are also multicolor plotters.