Difference between Dream and Reality

Key difference: A dream can be defined as a series of images, events and sensations occurring during sleep. Reality is the existential state of things without any sort of imagination or interpretation involved. 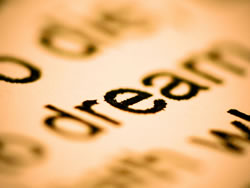 Dreams have really proven to be an intriguing subject for the scientists to study about. Ever since the phenomenon of dreaming came under the purview of science, numerous scientists, psychologists, or subject-matter experts have tried to decode what actually dreams imply. According to some theories, dreaming helps our brain de-clutter and makes it ready for a fresh assimilation of information. Simply expounded, dreams act like a reset function of our brain, by retuning it for further storage of information. Dreams usually occur during the REM (Rapid Eye Movement) stage of sleep. A person normally has three to five dreams per night, ranging from a few seconds to even twenty minutes long. 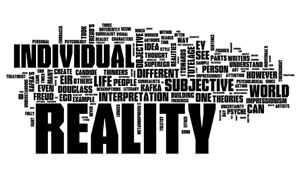 Reality is the state of things as they are. Reality cannot be based upon any sort of imagination or interpretation at all. Reality is always explained in opposition to mental entities such as dreams, thoughts, fiction, etc. Anything which is a product of our mind cannot be termed as reality. There have been various debates and experiments regarding the alleged ability of the human mind to alter reality. There have been mixed opinions about the topic of human brain holding the power to influence reality by thoughts and visualization. A sect of people are of the opinion that reality cannot be altered, as it is just what keeps unfolding and under no mortal being’s control. Whereas, an opposing sect of people opine that humans can script their own reality, by choosing to fiercely believe in their thoughts and dreams.

Comparison between Dream and Reality:

Sir, More about differences between Dream and reality.