Difference between Ebola and Malaria 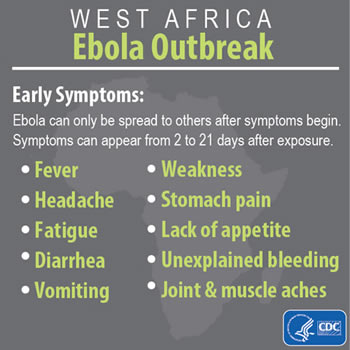 There is a similarity between Ebola and Malaria, there are five different types of viruses that cause Ebola and there as five different types of protozoans that cause malaria. However, Ebola kills about 25% to 90% of its victims, while only the P. falciparum protozoan causes complications in malaria that lead to death. P. falciparum malaria can kill up to 25% of adults and 40% of children that it affects. However, the more common type of malaria caused by P. vivax, P. ovale, and P. malariae protozoans is usually gentle and treatable with antimalarial medications.

The early symptoms of Ebola can be very similar to malaria. The early symptoms of Ebola include fever, sore throat, muscle pain, and headaches. This can then quickly escalate to vomiting, diarrhea and a rash, as well as impaired kidney and liver function. In some cases, patients show both internal and external bleeding, such as oozing from the gums, or blood in the stools. This may eventually culminate to death between six to sixteen days of showing symptoms. 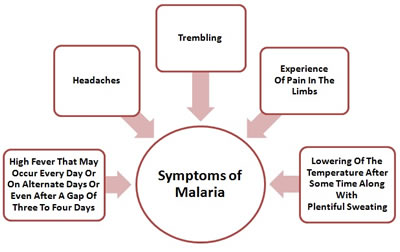 Malaria’s symptoms typically include fever, fatigue, vomiting and headaches. It may also include shivering, joint pain, hemolytic anemia, jaundice, hemoglobin in the urine, retinal damage, and convulsions. In severe cases it may also cause yellow skin, seizures, coma or death.

Another difference between the two is the manner in which the disease is spread. Ebola can only be spread through contact with the bodily fluids, such as blood, saliva, mucus, vomit, feces, sweat, tears, breast milk, urine and semen of an infected person. The virus must enter the non-infected person’s body through the nose, mouth, eyes, open wounds, cuts and abrasions. Malaria, on the other hand, can only be spread through the bite of a female mosquito. The mosquito’s saliva transfers the parasite into the person’s blood. The parasites then travel to the liver where they mature and reproduce.

Comparison between Ebola and Malaria: