Difference between Fan and Blower

Key difference: Both, fans and blowers, are mechanical devices used for circulation of air. Based on this, they are differentiated from each other, wherein a fan circulates air around an entire room, or space, and a blower only focuses on the specific or given area. 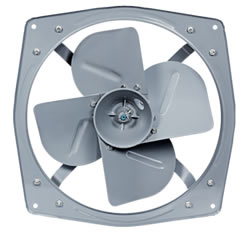 Often, the terms fan and blower are used interchangeably, and are considered synonyms of each other. Although, both are similar in terms of circulating and supplying air, technically they are quite different from each other. The main difference between a fan and a blower is based on how the air is circulated.

Generally, fans and blowers are widely used in the industrial process, to provide air for ventilation; they are used for cooling purposes in the industries. Also, both are widely used in other electrical appliances such as air conditioners, microwaves, furnaces, etc. Though, based on the amount of pressure they need in order to produce air, both are used accordingly. Blowers can move volumes of gas at a moderate pressure while fans move large amounts of gas at a low pressure.

By definition, a fan is machine that is used to create flow within a fluid, such as air. It consists of vanes or blades that rotate and act on air. This rotating assembly of blades and hub is known as an impeller, a rotor, or a runner. The impellers help in directing the air flow, and producing air at low pressure. Most fans are powered by electric motors, but other sources such as hydraulic motors and internal combustion engines can also be used. 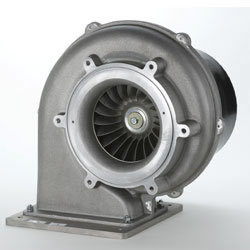 On the other hand, a blower is defined as a machine which is used to produce large volumes of gas with a moderate increase in pressure. Similar to fans, blowers are also used to create air, but they only provide air at a specified position. It consists of a wheel with small blades on its circumference, and a casing to direct the flow of air out toward the edge. The casing in the center of the wheel uses centrifugal force to propel the air forward into the open.

Based on the design of the blades and its effect on the propelling air, the efficiency of fans and blowers are determined. Similarly, based on the blades, size, energy efficiency and airflow, they are further classified and differentiated from each other. In terms of size, blowers are usually larger as compared to fans. In terms of energy, fans consume less energy and produce more efficiency than blowers. Though, the energy and efficiency varies the fan or blower manufactures. While, in terms of airflow, depending on the discharge ratio of the suction pressure, it is observed that blowers create more airflow than fans. Also, further differences between the two can be read on the table below.

Comparison between Fan and Blower:

Good information provided. Pl let us know which gives less noise so as to decide purchasing of air cooler

Good explanation on fan vs blower to understand easily to get new air coolers...