Difference between Fiancé and Fiancée 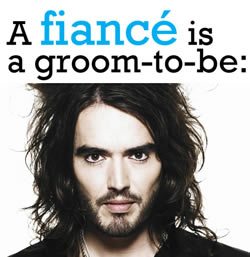 The terms Fiancé and Fiancée can be quite confusing as they sound similar and are essentially interrelated. Both the terms refer to people who are engaged. Engagement is a promise to wed. Engagement is also known as a betrothal. The term engagement also refers to the period of time between a marriage proposal and a marriage. This period can be long or short as depending on the wishes of the couple or their family. In some cultures, a couple may be engaged for only a few weeks, however, in some others, a couple may be betrothed since infancy. During this period, a couple is said to be betrothed, affianced, engaged to be married, or simply engaged. The man and woman may also be referred to as the betrothed, a wife-to-be or husband-to-be, or fiancée or fiancé.

The term fiancée or fiancé comes from the French fiancer, which means “to get engaged”. The terms are actually conjugations of the verb, fiancer, depending on the gender that it is used to refer. Fiancé refers to a male engaged to be married, while fiancée refers to a female engaged to be married. As each indicates a different gender, the terms cannot or at least should not be used interchangeably. 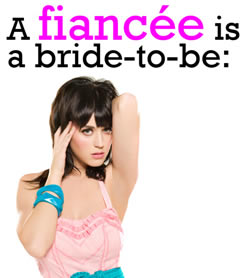 Comparison between Fiancé and Fiancée: