Difference between Flip Flop and Latch

Key difference: Both flip flops and latches are elements of sequential circuitry in electronics. The main difference between them lies in the fact that a latch does not have a clock signal, whereas a flip-flop always does.

Digital integrated circuits such as memory chips and micro processors are logical circuits. These involve logic gates within them to store a circuit's state, which in technical terms means all the stored information at a given instant in time, to which a circuit has access. Flip flops and latches are nothing but small circuits which are interconnected with similar circuits to form logic gates. Latches can also be built from gates, and flip flops from latches. 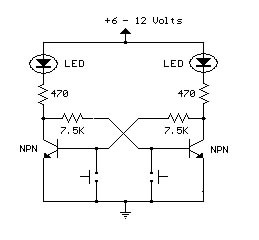 The name "flip-flop" comes from the circuit’s nature of alternating between two states when a current is applied to it. The act of applying a current, or providing the circuit with an input pulse is known as triggering the circuit. A flip flop circuit maintains its state until it receives a trigger, which forces the circuit to alternate its state. The circuit’s synchrony with such triggers can be understood as clocking, and the triggering is itself known as a clock signal. The clock signal is the reason why flip flop circuits are known to be synchronous, as the outputs of all the elements within the circuit changes simultaneously to the rhythm of the global clock signal. 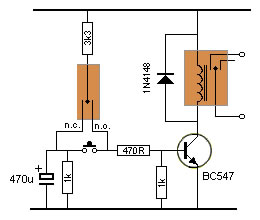