Difference between Gorilla and Guerilla

Key Difference: Gorillas are the biggest apes which belong to the eponymous genus Gorilla. On the other hand, Guerillas are members of an irregular and independent armed force which combats stronger forces. 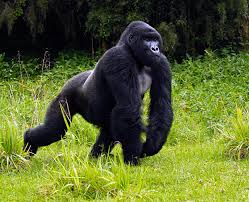 Mountain Gorilla is the largest and rarest amount them. They have a lifespan up to 53 years. Gorillas are considered to be very amiable and shy creatures. However, males start beating their chests with the fists when they want to display their strength. 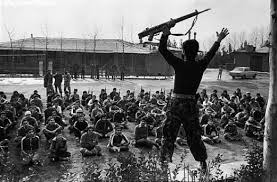 On the other hand, guerillas are the soldiers which are engaged in irregular warfare, known as guerilla warfare. They are typically members of a small group who are mostly politically motivated and fight against a government or other authority. They make use of surprise raids, sabotage, etc. The word has come into existence in 1809, from Spanish guerrilla "body of skirmishers, skirmishing warfare," literally "little war.

Thus, Gorilla and Guerilla are completely different from each other. Gorillas are basically great apes, whereas Guerillas are members of a group of irregular soldiers.

Comparison between Gorilla and Guerilla: