Difference between Vitamin K1 and K2

Vitamin refers to specific organic compounds that are essential for various body processes. These compounds are derived from food or supplements as the body is inefficient to produce or make these Vitamins for itself.  Vitamins are categorized under micronutrients as they are present in small quantities in food. In 1921, a British biochemist Sir Jack Cecil suggested to use the letters of the alphabet with the word Vitamin to refer to a particular Vitamin. Thus, the vitamins got the names like- Vitamin A, Vitamin B, etc. One such important Vitamin is referred to as Vitamin K. This Vitamin is also known as the clotting Vitamin as it provides the required nutrients to the liver, so that the liver produces proteins that promote blood clotting and also avoids abnormal bleeding. This Vitamin has three basic forms – K1, K2 and K3. K1 and K2 vitamins are stored in the liver. They both are also fat soluble vitamins. They can also be made synthetically. 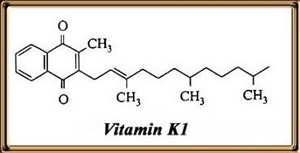 Vitamin K1 is a natural coagulant. It can also be used on the skin to hamper some effects of injury. Vitamin K1 is also advised to be injected to the newborns to get some assistance in clotting. Most of the K Vitamins are derived from diet in the form of K1. However, only 10 percent of K1 is absorbed by the body. The symptoms of deficiency of this Vitamin includes anemia, bruising, and bleeding of the gums or nose in both sexes, and heavy menstrual bleeding in women.

On the other hand, Vitamin K2 is less popular than Vitamin K1. The main function of this Vitamin is to move the harmful calcium deposits from the arteries. The calcium deposits are transferred to the bones, so that the body can make use of them. In case, the calcium remains deposited in the arteries, it may increase the chances of having a heart disease. This Vitamin is recommended for strong, healthy teeth and bones. It is also essential for a strong and healthy cardiovascular system. Vitamin K2 can be sub-divided into a short chain group, generally in the form of menatetrenomes (MK-4), and a long chain group such as menaquinones (MK-7). Both Vitamins, K1 and K2 are used to treat the deficiency of Vitamin K. Bacteria that are present in the intestines can also convert Vitamin K1 into K2.

Comparison between Vitamin K1 and K2: