Difference between Kbps and Mbps

Kbps and Mbps define measurement units for the speed engaged in data transfers. Speed is calculated in terms of bits per second. A bit is the smallest unit of data in a computer and it is implemented with the current electronic technology. Bit is actually a short term to refer to a binary digit. It can either hold 0 or 1. One represents an on state and zero represents an off state. Thus, the rate of data transfer defines the speed in which data in the form of bits gets transferred from one device to the other.

Kbps stands for kilo bits per second. It is equivalent to 1000 bits transferred per second.

Mbps stands for megabits per second. It is equivalent to a million bits or a 1000 kilo bits transferred per second. 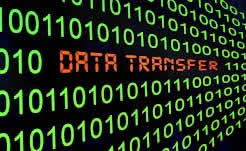 Internet speed is judged with the help of these rates. In the starting, speed of data transfer was slow and thus, bits per second were used to denote the speed. Later as the speeds increased, the numbers also changed accordingly. The bits got the consideration under kilobits and kilobits to megabits. The internet plans are described in the terms of maximum connection speed expressed in Kbps or Mbps. Data transfer rate is also known as bandwidth. Data transmission that is measured in bits per second (bps) is also known as baud rate or bit rate.