Difference between Liquor and Liqueur

Key difference: Liquor is essentially an alcoholic beverage. It is also commonly known as spirit or distilled beverage. These liquors are usually produced by a method of fermenting grain, fruit, or vegetables. Liqueur, on the other hand, is essentially liquor that has been flavored with fruit, cream, herbs, spices, flowers, nuts or even cream. It may also contain added sugar or sweeteners, such as high-fructose corn syrup. 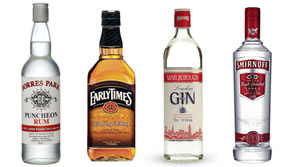 Alcoholic beverages is a vast term, it can encompass any and all types of drinks that contains ethanol. This includes beer, wine, champagne, etc. However, liquor or hard liquor refers to alcoholic beverages that have been distilled further to increase the amount of alcohol by volume in the drink.

The process of distillation essentially gets rid of water and gives a purer spirit with higher alcohol content. These liquors are usually produced by a method of fermenting grain, fruit, or vegetables. Each different type of liquor is produced from a different source product.

Some of the common types of liquor include:

Liquors serve a variety of purposes today. It is present at almost every event such as a party or a get-together. It can also be served as an ice breaker on a new date or as many people claim it help drown out sorrows and other worries. Liquors have practically become a main part of our culture. 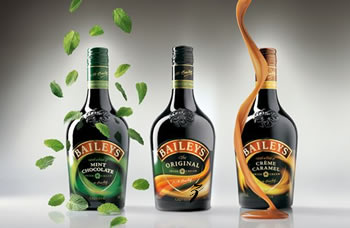 Liqueur, on the other hand, is essentially liquor that has been flavored with fruit, cream, herbs, spices, flowers, nuts or even cream. It may also contain added sugar or sweeteners, such as high-fructose corn syrup. Some liqueurs are infused with certain woods, fruits, or flowers, while other may be distilled from aromatic or flavoring agents. In parts of the United States, liqueurs may also be called cordials or schnapps.

The confusion between liqueur and liquor arises mainly due to the similar names and pronunciations, but also because liquors are now commonly available in flavors, such as apple vodka, lemon rum, coconut tequila, etc. Furthermore, the alcohol content of liqueur can range from 15% (30 proof) to 55% (110 proof). Hence, alcohol content is no help in differentiating between liqueur and liquor. So, how do you tell the difference? The general rule of thumb is liqueur has added sugar. It often has a sweet and syrup taste, whereas liquor has that alcoholic taste and may have overtones of other flavors.

Liqueurs can be sipped neat, over ice, or as part of a cocktail, which at times may include coffee or cream. Different liqueurs are frequently used to make layered concoctions, where different-colored liqueurs are pored in such a way that one floats on top of the other, creating layers. This happens as each liqueur that is chosen has a different density, which allows them to float separately. Liqueurs are also often served with or after a dessert, think cherries jubilee. They are also commonly used in cooking, and often for liquor based sauces or for braising.