Difference Between Llamas and Alpacas 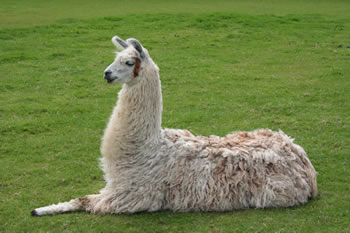 If you every visit South America, there are two adorable animals you are bound to see – Llamas and Alpacas. These are the two of the most common animals that you will find in South America and they are considered to be a relative of the Camel. Because they are pretty close cousins, they look really similar and can often be confused for the other. But, Llamas and Alpacas are not at all the same animals even if they do belong in the same family. There are a few distinguishing features that can help you tell them apart.

Llamas are a hoofed mammal that belongs to the camel family and are commonly found in the higher and colder altitudes in South America. They have a longer face and have long banana-shaped ears. They also have coarse and wiry hair like coat on their body and little to no hair on their face. They can grow to a height of 6ft and can weigh up to almost 200kgs. Llamas are strictly herbivore and have a diet of grass hay, grains and pellets. They have strong and confident personalities and are more prone to spit on someone if irritated. They are also extremely protective, but they are also social animals. Llamas are commonly used as pack animals and for their meat by the locals. 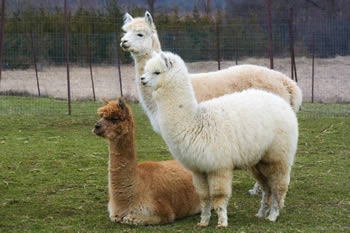 Alpacas are also hoofed and belong the camel family but they are found in more wet and humid foothills of South America. They have a shorter and more blunt-face and have small pear-shaped ears. They have soft, fine, fleece-like hair (similar to wool) on their back and an extremely fuzzy face. Alpacas are short and can grow to a height of 4ft and can weight up to almost 185kgs. They are strictly herbivore and have a diet of pasture grass, hay and silage. Alpacas are extremely shy and are gentle creatures that can’t protect themselves but are known to spit sometimes when very angry. They are extremely intelligent and can also be taught new tricks. Alpacas are often used for meat but more commonly raised for their wool, which is used to build sweaters, blankets, gloves, and scarves.

Llamas and Alpacas are quite similar in terms of stature but the best way to tell them apart is to look at their height and their ears! Llamas are taller than Alpacas and they have long banana-shaped ears, whereas the Alpacas are slightly shorter and have short pear-shaped ears. Llamas also have a longer face that has less hair, while the Alpacas have a shorter more blunt face which is fuzzier. Llamas are also more aggressive in terms of personality, while Alpacas are gentler. Another big difference between them is the hair on their face – while Llamas have less hair, Alpacas have more fur and hair on their face.

Comparison between Llamas and Alpacas: