Key Difference: The Lower, Middle, and Upper Classes are basically groups divided by income. The lower class usually earns the least, the upper class earns the most, and the middle class earns in the middle of the two. 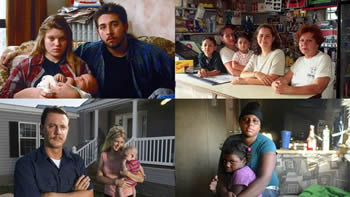 The lower class, also known as the working class, is the socio-economic group with the least income. They are often categorized as families whose income falls below poverty line. These are the people who live hand to mouth, or pay check to pay check. They barely earn enough to cover their expenses and a huge expense often sends them into debt. They often can only afford the bare necessities, and have practically no savings to speak of.

People from lower class are often seen working as manual labor, or at minimum wage jobs. They often have the basic schooling, and lack higher education. Some may not even have completed secondary education, and in developing countries, it not unheard of them to be completely illiterate. Lower income groups in these countries may not even be able to afford basic necessities. There are many programs and plans in place to help people from lower income groups to make ends meet. 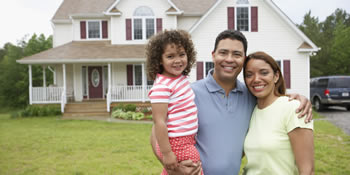 The middle class is the biggest socio-economic group. Most people fall into this category. These are the people who work in offices, and work as skilled labor, corporate employees, and professionals such as doctors, lawyers, engineers, etc. They earn enough to cover their expenses, and may even have some money left over for savings, retirement funds, and to spurge a little on luxuries and vacations. People from middle class often have secondary and higher education. Many professionals may even have post graduations.

The upper class is usually the smallest group among the three. However, it is bigger than most people expect, this is mainly because people only consider the uber-rich as upper class, whereas the truth of the matter is that anyone who has an income over the margin line is qualified to be called upper class, no matter if they seem to be or not.

People from the upper class tend to have higher education, college is usually guaranteed. They are also more likely to work white collar corporate jobs, more likely or not in upper management, think CEOs and Board Members. They tend to earn enough to afford most luxuries in life, not gold plated Ferraris, by rather the nice things like a couture wardrobe, a nice house in a nice neighborhood, private schools, etc. They can afford the good things in life and still have money left over to invest and for savings. They will also more often than not have inherited money from their parents, i.e. family money. 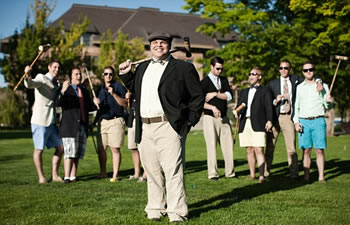 The categorization between the classes is often difficult because there are no official guidelines to adhere to. The categorization is strictly on the basis of income, which means that a well educated professional can still be considered lower class if he is not earning enough. The situation is further complicated by the fact that a person can change the groups at various times in his/her life. For example: a child from a lower income group gets and education and a decent paying job, then he will go from lower class to middle class. Suppose it strikes it big and earns millions, then he will be considered as upper class, and sadly if he loses all of his new found wealth, he will go back to being lower class.

While the categorization between these groups is strictly on the basis of income, the terms are however used colloquially to refer to behavior, mindset, and lifestyle. Due to the limitations of their income, or lack thereof, there are some patterns that can be discerned, especially in regard to lifestyle and spending. These patterns can be superfluous or stereotypical, but are what are used to categorize ideal lower class, middle class, and upper class behavior, mindset, and lifestyle.