Difference between Malt, Barley and Grain

Key Difference: Grain is a dry and hard seed like fruit which is produced by the cereal grasses. Barley is an important annual cereal plant which belongs to the genus Hordeum of the grass family Poaceae and is majorly used in cooking and making malts. Malt refers to the grain which is softened by water and then it is germinated and dried. It is primarily made from barley. Malt is generally used for brewing beer and distilling of whiskey. 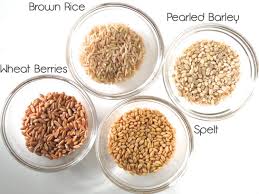 Grain is a small and hard seed of a plant like wheat, millet and rice. They are botanically defined as the one seeded fruits belonging to the cereal class. Any food which is made from these cereal grains are known as grain products. Whole grains and refined grains are two big categories of grains. Whole grains are the ones which contain the entire grain kernel- bran, germ and endosperm. Oatmeal and brown rice are examples of whole grains. On the other hand, refined grains are those which have been milled in order to remove bran and germ.

This process helps in providing a smoother and finer texture to the grains and also extends the shelf life. However, whole grains are considered to be better than refined grains as they keep the dietary fiber, iron and Vitamins which are lost in the milling process of refined grains. White rice and white flour are examples of refined grains. 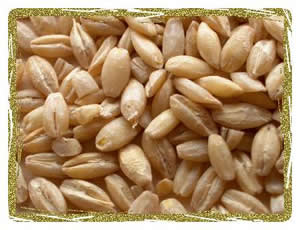 Barley is one of the important cereal grains. Its nutty flavor is loved by many people. It looks like wheat berries. However, it is lighter in appearance than wheat berries. It is a very ancient cultivated grain.

It matures early and is a short season crop. It is cultivated in varied climatic condition and also in varied land areas like irrigated or dry land. It is used in various ways, primarily as food and fodder. It is also used in the production of malt. Hush less or pear barley types of varieties are mainly preferred for consuming as food. Only certain varieties of barley are used for producing malt.

Malt refers to a grain which is sprouted and then dried by a method known as malting. It is generally made from barley; however, some other grains may also be used to prepare malt. It is usually used for brewing and distilling. The word malt has been derived from the Old English word meltan which means to melt.

Malt produced by barley is used in baked foods and flavorings. When barley is malted, it generates the enzymes responsible for converting the starches present in barley into sugars. It also produces some other proteins which can be used by yeast. The sugars and proteins both are needed by the alcoholic fermentation and therefore it is mostly used in creating the alcohols in beer.

Therefore, Grains cover barley and other types of cereal grains. On the other hand, malt is something which is produced by grains like barley. Therefore, they share an imporatnt relationship.

Comparison between Malt, Barley and Grain: