Difference between Movie and Cinema

Key difference: The term ‘movie’ is applied to commercial cinema aimed at a large viewing audience, in hopes of making profit. The term ‘cinema’ refers to the entire film industry.

Movie, cinema, flick, film, show, and theater are some of the words that people use when they go to watch a movie. Movies or cinema have become an integral part of people’s lives and they don’t even think twice before using the terms synonymously. Of course, one can use either of the two words when going to watch a film in a theater. However, the two words carry different connotations; a movie is perceived as popular culture, whereas cinema is perceived as a medium of art. This article helps to differentiate between the two terms.

Movie is often used as slang for a film. It is considered as the lesser form of the art of making a motion picture. People in every part of the world watch movies as a type of entertainment, a way to have fun. Here, fun refers to the people laughing, crying or even feeling afraid while watching movies. Movies are usually made so that they can be shown at cinema or movie theatres. They are mostly commercial and are made for the sole purpose of entertainment and making money. 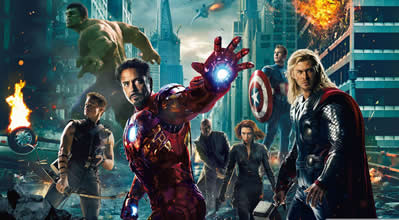 A movie includes dialogues, music, action and sound effects. A movie is made up of a story, called the script of the movie, which is written by a screenwriter. Then there is a producer who hires people to work on the movie; the actors who act in the movie and the director who directs the movie. The actors are required to memorize the words from the script, which they have to say in the movie, and they also learn the actions that they are suppose to do in the movie. Then the director tells the actors what to do and a cameraman records the actions they perform and the dialogues they say with a motion picture camera. When filming is finished, an editor puts the moving pictures together as a story, within a set amount of time. Audio engineers and sound engineers record the music and the singing, which is then joined with the picture. When the movie is done, many copies of the movie are made by movie labs and put onto movie reels and sent to the cinemas. The movie is now ready to be played at the big screens.

Cinema is the art of moving images. It is considered as a visual medium that tells stories and exposes reality. It comes from the French cinematograph that is used to refer to the device that projects a motion picture on to a screen. This French word, in turn, is derived from the Greek word ‘kinein’, which means to move. 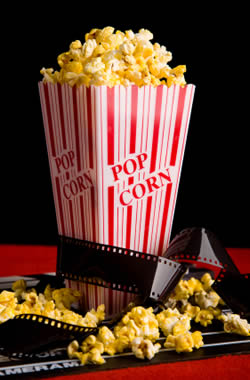 Cinema was developed in the 19th century, and is considered as the world’s most recent art form. It is also considered to be the most collaborative, artistic and complex form of expression. The first two versions of the film camera were used to record daily events like shopping for groceries or going for a walk. Later, men were hired and taught how to use the recently-created camera and were asked to undertake journeys to capture the exotic and amazing mysteries around the globe. All this helped people to understand more and more about the camera’s potential to record actions and tell scripted stories. So, the people started using the camera to shoot play-like events. This made way for narrative filmmaking, scriptwriting, set designing, and editing. In short, 'cinema' was born.

Entrepreneurs quickly found a way to make money from this new born art. Theatres were built and entry tickets became compulsory to enjoy movies, film, shows, i.e. Cinema. With the high demand of the cinema, the profits increased and the movie market became favorable for the filmmakers. Soon, studios were constructed and came into being. Cast and crew were hired and signed with contracts. And in the 1930s, the American film industry peaked, making dozens of movies a month. Due to all this, cinema evolved. Movies became longer in time and sound was added. Color films became economical. Specials effects were created. Digital imaging was invented. Hollywood, Bollywood, French cinema, British cinema, etc. were built. And this entire fraternity of movie making, film making or documentary film making came to be known as Cinema.

It is also considered as the place designed for the exhibition of movies, films, shows, plays, etc.

Comparison between Movie and Cinema: