Nowadays, oils of different seeds are known for their health and other benefits. Among those types of oils, mustard and castor oils share a major part, as these oils are beneficial for the skin and hair treatments. Also, these prove to be beneficial in the major health related problems.

Grannies of old generations used to implement these oils in their daily lives, like mustard oil is said to be the best ingredient for pickle-making as, it acts as an excellent preservative, to preserve pickle for a longer duration of time. Whereas, castor oil was considered to be a remedial solution for almost every problem, as the oil was regarded to be one among the home-remedies in their medicine book lists. Even today, mustard and castor oils have great applications in the medicines and other industrial fields. 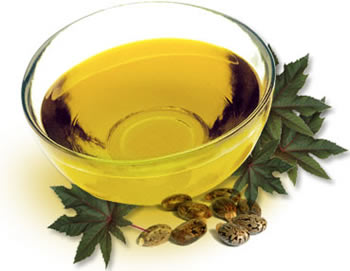 Castor oil is obtained from pressing the castor seeds, is a triglyceride which consist almost 90% of fatty acids chains and ricinoleate, along with the other Oleate and linoleates components. It is a vegetable oil, which natively belongs to Africa and India. The oil is known for its home remedial applications for various problems. The oil is not applicable for cooking, but its medicinal and therapeutic benefits make it a favorite across various industries. Castor oil and its derivatives are used in the manufacturing of soaps, lubricants, hydraulic and brake fluids, paints, dyes, coatings, inks, cold resistant-plastics, waxes and polishes, nylon, pharmaceuticals and perfumes.

Though the oil is not used for cooking, but it has a major share in many food industries, such as; in food grade, it is used in food additives, flavorings, candy (e.g., Polyglycerol polyricinoleate or PGPR in chocolate), as a mold inhibitor, and in packaging. Polyoxyethylated castor oil (e.g., Kolliphor EL) is also used in the food industries. Castor oil is categorized as generally recognized as safe and effective" (GRASE) for over-the-counter use as a laxative with its major site of action the small intestine where it is digested into Ricinoleic acid by the United States Food and Drug Administration (FDA). 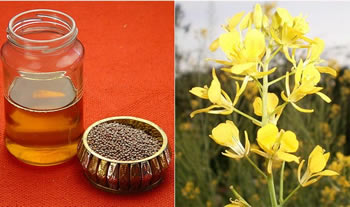 Mustard oil, which is one among the edible oils is obtained from mustard seeds; and has its origins from the North Indian regions. The oil is rich in omegAlpha3 and omegAlpha6 fatty acids, vitamin E and antioxidant. It is considered as one of the healthiest oils. Since traditional times, the oil has greater applications in Ayurvedic treatments for its healing healing and medicinal properties and is also considered to be beneficial for hair, skin and body. The term mustard oil is used for three different types of oils: a fatty vegetable oil, an essential oil and the oil made by infusing mustard seed. It is also a type refined cooking oils, which is obtained from its crude form.

The crude form of mustard oil cannot be consumed directly as it contains some toxins and chemicals which need to be processed and removed in order to consume the oil. Earlier, the oil was considered to be allergic and toxic as it contains erucic acids which have a negative effect on the human body. Hence, the oil was prohibited in some countries. But today after the successful research and work; the oil is free from toxic nature and hence is fit to consume. The oil regarded to be best in its anti-bacterial and anti-infectious nature, which prevents the body from facing any such infectious problems.

Both mustard and castor oils almost share same type of benefits, but differ in their roles. The most important differentiation is their usages, i.e. mustard oil can be used for cooking, while castor oil cannot be used for cooking. Other than their origins, these oils also differ in their medicinal applications, viz. mustard oil is all considered to be good for heart, while castor oil is considered to be good for all stomach and digestive issues. Castor oil is also applicable for initiating labor during the time of pregnancy. Also, both oils have greater applications in massages.