Difference between New York and Chicago 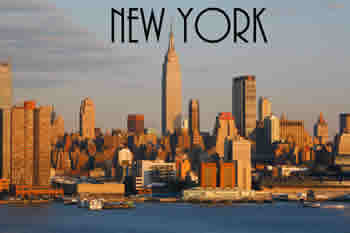 Which one is better, New York or Chicago? This question has resulted in numerous articles and blog posts each of which tells a completely different story. New York and Chicago are two of the most famous cities in the United States. Each city has something completely different to offer to its residents.

Along with being the most popular city in the United States, New York is also the most populous city in the country. It is located in the State of New York, on the east border of the country. It is considered as the cultural and the financial capital of the world and is known to have a significant impact upon commerce, finance, media, art, fashion, research, technology, education, and entertainment.

It is famous for places such as its museums, Broadway, Times Square, Brooklyn Bridge, its many parks, etc. New York’s history can be dated back to 1624, when it was originally called New Amsterdam by the Dutch. The city was then handed over to the British in 1664, following which it was renamed New York after the then Duke of York. New York served as the capital of the United States from 1785 until 1790. It has been the country's largest city since 1790. It is also a very popular tourist place, receiving over 50 million tourists. 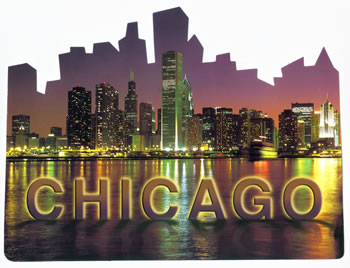 Chicago is the third most populous city in the United States after New York and Los Angeles. It is the most populous city in the Midwestern United States. It is located in the State of Illinois, which falls along the middle section of the country. Chicago is considered as an international hub for finance, commerce, industry, technology, telecommunications, and transportation. The O’Hare airport, Chicago’s primary airport is one the busiest airport in the whole world.

Chicago was incorporated as a city in 1837 and was named after ‘shikaakwa’, a wild onion or leek that grew in the area. It is also nicknamed The Windy City, which has less to do with the weather and more with the city’s rivalry with Cincinnati. Chicago is also known for its contributions to the visual arts, novels, film, theatre, especially improvisational comedy, and music, particularly jazz, blues, soul, and the creation of house music. Chicago is also known for building the very first sky scraper using a steel-skeleton, following a fire that destroyed much of the city. Popular sites in Chicago include the Chicago Theatre, the 'L', Navy Pier, Millennium Park, the Field Museum, and Willis Tower.

No two cities are alike; this lies true for New York and Chicago. Each city has a whole lot to offer. Where New York offers fashion, a fast paced life, art and money, Chicago offers theatre, film and music. The major difference that lies between the two cities is cost of living. New York is far more expensive than Chicago. Almost everything is far more expensive in NY, rather than in any other city.

Comparison between New York and Chicago: