Key difference: The Nexus 4 is Google's fourth Nexus-branded Android smartphone. It was produced in collaboration with LG Electronics. The phone runs on the Android 4.2 (Jelly Bean) operating system, which was launched with the phone. The Samsung Galaxy Note II is a smartphone manufactured by Samsung featuring Android 4.1. The Note II is known for its large display of 5.5 inches (141 mm), as well as its integral use of a stylus, called the S pen. The Galaxy Note II is marketed as a ‘phablet’, a phone and a tablet, a hybrid or sorts. 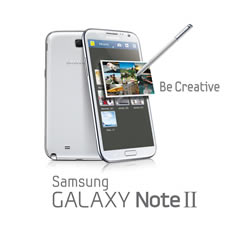 In terms of hardware, the Note II features a 1.6 GHz quad-core processor, 720p resolution display, and 2 GB of RAM. The Note II is available in a variety of colors and in storage capacities of 16 GB, 32 GB and 64 GB. The phone also has an external expandable memory of up to 64 GB. The Galaxy Note II was launched with Android 4.1 (also called Jelly Bean) and at the time of its launch was the first phone to feature Android 4.1. Now, the phone is upgradeable to Android 4.1.2.

The information for the detailed table about the two phones has been taken from the Google Nexus website, Samsung website and GSMArena.com.