Difference between Nintendo Wii and DS

Key difference:  The Nintendo Wii and DS are Nintendo game systems. Nintendo Wii has additional external hardware systems and connections as compared to that of Nintendo DS.

The additional features which make Wii different from that of the other DS systems is that: firstly, this game system has to be connected to the television system. Secondly, it contains a Wii Remote-controller, which is used handheld by pointing towards the device. The remote controller further detects the movement in three dimensions. Another notable feature of the console is WiiConnect24, which enables the system to receive messages and updates over the Internet while in standby mode. The Wii system also provides the fascinating feature of the game downloading services, which are pre-defined in the system. These services are called “Virtual Console”, and feature emulated games from the past systems. The Wii system supports wireless connectivity with the Nintendo DS without any additional accessories. This connectivity allows the player to use the Nintendo DS microphone and touch screen as inputs for Wii games. 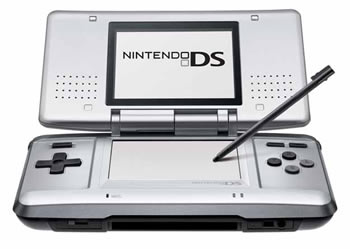 Nintendo DS is a game console, which consists of amazing games, which are played by the touch screen controls. The games are built with the creative pre-defined tools and systems. The Nintendo DS is a dual screen handheld game console. It was released on November 21, 2004 in North-America. The abbreviation “DS” reflects for the development system or dual-screen.

Nintendo DS was one among the early released game consoles of Nintendo. Its hardware is developed with unique features like the LCD screen which works in correspondence with the touch-screen and built-in microphone. These screens also support wireless connectivity. In the DS systems, multiple DS consoles can directly interact with each other over Wi-Fi within a short range. The system can also be connected without an existing wireless network. The gaming console can also interact with the other consoles by using the online mode (known as Nintendo Wi-Fi Connection service).