Key Difference: An offer letter plays a vital role in the recruitment cycle. Offer letters are provided by the companies to the selected candidates, offering them a job. It contains details regarding the job, whereas an employment letter is the letter that is often used as a proof stating the job details of an employee. It is often required by the third party to verify the job details of the person.

Job letter and employment letter are often regarded synonymous. However, they both are different to each other in many contexts. Let us find the differences in this article.

Have you got any job offers? If you have, then certainly you must be aware with the term offer letter. If the company finds a suitable candidate for the job, then the company provides that person with the offer letter. It contains the details of the job like how much salary would be provided, what would be the position, other benefits, etc. 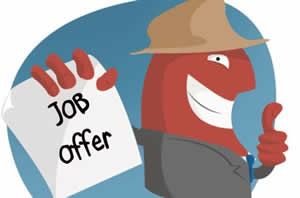 On the other hand, an employment letter is the letter certifying that the person is working with the company. It is provided by the company on the company’s letterhead. It is generally required in order to submit to some offices. For example, Maria wanted to buy a new house, but she needs to take some loan for the same. She approaches the bank and the bank asks her about the whereabouts of her job. 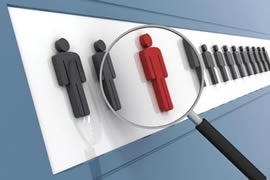 It is an important piece of information for the bank, as Maria will be submitting the loan amount from her salary every month.

She is asked to submit an employment letter indicating her job profile and income. She asks her manager that she requires an employment letter. The manager writes the letter for her, stating that she has been working with the company since past one year and also about her salary amount. She submits the letter to the bank and the bank accepts the facts related to her job. It generally includes the details like income, date of employment, current position, whether full-time, commission, causal, etc.

The main difference between an offer letter and employment letter is that an offer letter contains the details of the job that the company wants the candidate to accept. However, the candidate may or may not accept it. The offer letter is exchanging the information between a company and an employee. On the other hand, the employment letter is provided by the company to the employee stating the details pertaining to his job and is often required by the third party. The third party could be any office or any individual who wants to ensure about the employees job.