Difference between Period and Pregnancy Symptoms

Key Difference: The main difference between Period and Pregnancy Symptom is that Period symptom is a condition that women experiences after reaching puberty, while pregnancy symptoms are symptoms that are experienced earlier on during pregnancy.

The signs of period symptoms and pregnancy symptoms are similar. It is in fact not easy for many of experienced women’s to tell the difference between early signs of pregnancy and a sign which indicates that period is coming. 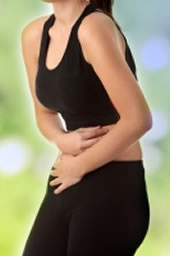 A period is when a woman’s body releases tissue, which is no longer is useful for woman's body. This tissue comes from the uterus, which is where a baby (fetus) develops in the female body. If you have regular menstrual cycles (period) in the past and do not experience any major change in the regular life routine such as sudden increase in your stress level, long-distance travel or utilization of large unhealthy food, then a missed period is very likely to be an unmistakable sign that you are pregnant. The period is a woman's monthly bleeding cycle and is the body's way of shedding the uterine lining if pregnancy doesn't occur. Normal menstruation occurs monthly and lasts on average 3-7 days. Unpleasant symptoms generally accompany the vaginal bleeding associated with a menstrual period. Many will experience backache before or during period. Backache is not an early sign of pregnancy.

The most common early period symptoms include: 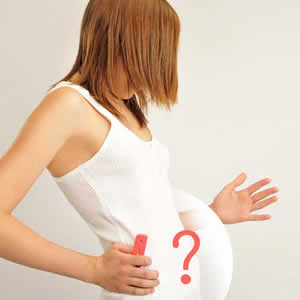 For many women, early pregnancy symptoms are similar and in many case exactly the same as period symptoms. These symptoms also tend to differ from women to women, along with the intensity of the symptoms. While some women claim, they felt no different than their regular self, others claim that their conditions varied from time to time and their symptoms were severe. The most common symptom of pregnancy includes missed period, which indicates that a women might be pregnant, after which she can take a home pregnancy test or seek a medical professional to be sure.

The most common early pregnancy symptoms include:

As you can see the symptoms for both conditions are really similar, with a few variations such as missed periods, increased urination, melasma, etc. The main indicator of pregnancy is a missed period.

Comparison between Period and Pregnancy Symptoms: