Difference between qHD and Full HD

Key difference: qHD stands for quarter High Definition, and is one fourth of full high definition, or full HD, hence the name qHD. Both these resolutions differ in terms of their measurement as well. 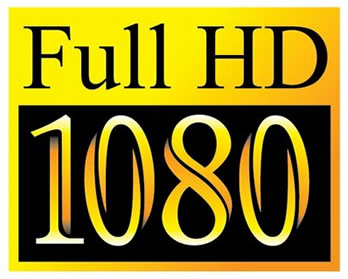 Full HD or FHD as it is known, simply means Full High Definition. True to its name, an FHD image promises a complete HD viewing experience. Developed as a format for HDTV transmission and storage purposes, full HD has a screen resolution of 1920 x 1080 pixels in a 16:9 aspect ratio. Due to this resolution, full HD is also sometimes known as 1080i or 1080p. The ‘i’ in the 1080i stands for ‘interlaced’, whereas the ‘p’ in the 1080p stands for Progressive Scan, which basically means non-interlacing. Full HD has been made use of filming many major motion pictures, producing video content for the television audiences and for web users as well. Full HD features in some video games as well, depending upon the configuration of the platform that they’re run on. Of late, full HD has made forays into mobile phone screens as well.

Comparison between qHD and full HD:

With havin so much content do you ever run into

any problems of plagorism or copyright violation?

or outsourced but it appears a lot of it is popping it up all over the internet without my authorization. Do you know any methods to help stop contenjt from bejng

ripped off? I'd definitely appreciate it.

discussion forums that cover the same topics talked about here?

I'd really like to be a part of group where I can get responses from other knowledgeable people that share the same interest.

If you have any recommendations, please let me know.

Usually I don't learn post on blogs, but I wish to say that this write-up very forced me to

try and do it! Your writing taste has been amazed

here? I'd really like to be a part of group where I can get responses from other knowledgeable

people that share the same interest. If you have any recommendations,

Usually I don't learn post on blogs, but I wish to say that this write-up very forced me

to try and do it! Your writing taste has been amazed me.