Batteries have become an important invention to the society. Imagine a world without batteries, nothing would be portable! Having to walk around with a phone that works only when connected to an electrical outlet and there would be no flashlights when there isn’t electricity. If everything ran on electricity, the amount of wires that would be around would be annoying and hazardous. Batteries have been constantly been evolved to get a longer lasting battery. Each battery has been tried and tested with different materials to see which would provide a better charge. There are two types of batteries, rechargeable and non-rechargeable. Rechargeable batteries are batteries that can be recharged for multiple usage, while non-rechargeable batteries can only be used once. 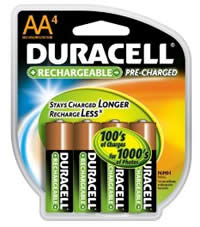 Batteries have been around since ages, though the batteries that we know now were invented by Alessandro Volta during the 1800s. The electrochemical cell that goes into building a normal AA size battery was discovered by Luigi Galvani in 1780, when he connected two different materials (copper and zinc) and connected both to different parts of a nerve of a frog’s leg, which caused the leg to contract even after the frog was dead. He dubbed this as ‘animal electricity’. However, this wasn’t the first cell that was invented. The earliest known battery was dated back to ancient Parthia, where jars full of citric acid or grape juice were used to produce a voltage. There were termed as the Baghdad battery and the German director of the National Museum of Iraq Wilhelm König claimed in 1940 that these were similar in workings to a galvanic cell. Let’s understand how the battery works.

A battery is made up of multiple electrochemical cells. An electrochemical cell consists of two half-cells. Each half-cell consists of an electrode and an electrolyte. The two half-cells could use same electrolyte. During the reaction, the species from one half-cell lose electrons (oxidation) to their electrode while the species other half-cell gains electrons (reduction). The two halves are connected by a salt bridge or porous disk that is employed to allow ionic contact between the two halves without mixing the solutions. As the electrons are transferred from one side to the other, the difference in charges are established. The salt bridge allows the ions to maintain a balance between the oxidation and reduction. The two electrodes are known as the anode and the cathode and both are connected to a high resistant voltmeter. The voltmeter helps the electrodes to maintain a voltage. The difference between the charges is then converted in to electrical energy to be used in portable gadgets. 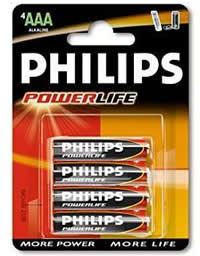 The amount of non-rechargeable batteries that are available in the market and are discarded on a daily basis is causing environmental concerns. Battery manufacturers often consume resources that include hazardous chemicals. These chemicals create toxic environment in the air. The used batteries that are discarded also add to electronic waste. Many companies and governments have started taking initiative to recycle and create recycled batteries to reduce waste and pollution.