Difference between Renewable and Nonrenewable Resources 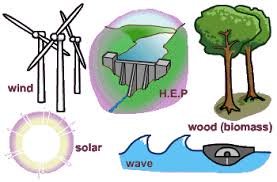 Natural resources are of great importance to man and other creatures. They are broadly categorized into two groups - renewable and non-renewable types. Renewable refers to those types of resources which will be available in the future as they can be either reused or replenished. On the other hand, non-renewable resources are those which will be all consumed or exhausted someday and therefore will not be available in the future. It is very difficult to replenish them. 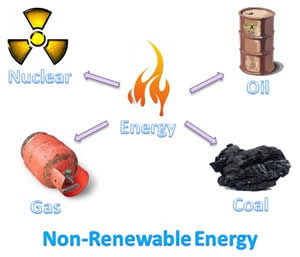 On the other hand, non-renewable resources include fossil fuels like oil, coal and gas, as they will eventually run out some day. These resources will be exhausted forever after being used once in unlimited ways. These are mostly the ones which come from the Earth itself. They are also put into two categories mainly– fossil fuels and nuclear fuels. Fossil fuels include oil, coal and gas. Fossil fuels take millions of years to form. Nuclear fuels are derived from mining and refining of Uranium ore. Nuclear fuels are considered to be better and they are the cleanest of all non-renewable resources.

Comparison between Renewable and Non-renewable Resources: