Difference between Router and Switch

Key Difference: A router is a device that is capable of sending and receiving data packets between computer networks, also creating an overlay network. A switch is a networking device that performs the same job as the hub; it connects network segments or devices making them act as a single network.

Routers and switches are often used interchangeably to refer to a way to send and receive data packets between two connections. However, routers and switches have distinct differences and should not be confused as the other. Routers offer an extra feature of being able to connect to the internet. 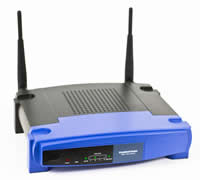 A switch is a networking device that performs the same job as the hub; it connects network segments or devices making them act as a single network. Switches are commonly referred to as a multi-port network bridge that process and routes data on a data link layer or layer of the OSI model. Switches can also process data at the network layer (layer 3) or higher layers and are known as multilayer switches.

Switches are considered as a more intelligent hub as it gathers information about the data packets it receives and forwards it to only the network that it was intended for. When a switch receives a data packet, it examines the data address, the sender and the receiver and stores the memory, after which it then sends the data to the device that the data is meant for. Most modern Ethernet Local Area Networks (LANs) operate on switches. Small offices and residential devices commonly use single layer switch, while bigger applications require multilayer switches. The switches use a bridge or a router in order to split a larger collision domain to smaller collision domains, resulting in lesser collisions.  Each port has an individual collision domain, allowing computers to maintain dedicated bandwidth.

A router usually requires a switch and many routers come in with built in with an integrated 4 port switch; however a switch does not require having a router. As more connections are added to the router, more switches would also be required in order to accommodate the connections. This will also degrade the bandwidth and slow down the connection. So, expanding the number of connections should also include an upgrade in the bandwidth that a person is getting from their ISP.