Difference between SAP 1 and SAP 2 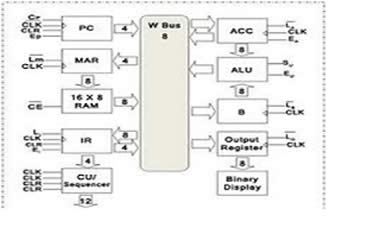 SAP in SAP 1 and SAP 2 stands for Simple As Possible. Both refer to the models of microprocessors; SAP 2 is a successor to SAP 1.  SAP 1 design is one of the basic model designs which fulfill basic requirements of a functional microprocessor. It is able to describe the basic working of a microprocessor.

It also defines the basic interaction mechanism with memory and other parts. It consists of simple and confined instruction set. It makes use of a 16 bytes memory (RAM) and a single 8 bit bus for transfer of data and address. Due to its limited capabilities it is usually used for academic purposes only. 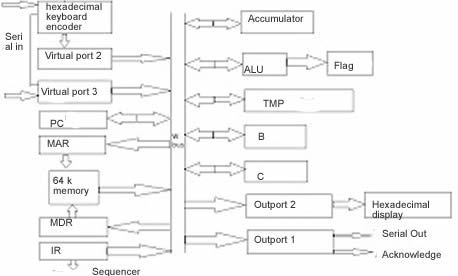 SAP 1 is followed by SAP 2 which is superior model to SAP 1 as many new features are added in this model. The features are implemented through hardware. Although the operations are more or less same, the datapath is bigger in comparison to SAP 1.

RAM in the case of SAP 2 is 64k. The bus for SAP 2 is 16 bits. Due to the addition of extra registers, the control sequencer is also bigger in comparison to SAP 1. Memory data register in SAP 2 helps to retain the result of a memory access. B register is also now known as TMP in SAP 2. The unit of Adder/ Subtractor is also known as Arithmetic/Logic unit as it also carries out logical tasks rather than just subtraction and addition. The unit also performs logic operations. In SAP 2 the instruction can occur in variable length.

SAP 2 is the enhanced model in comparison to SAP 1 as it includes modern functions. For example - it also includes jump instructions through which certain section of the programs can be repeated or skipped. This feature extends the computing capabilities of the computer.

Comparison between Sap 1 and Sap 2: